Take me back to Bonneville 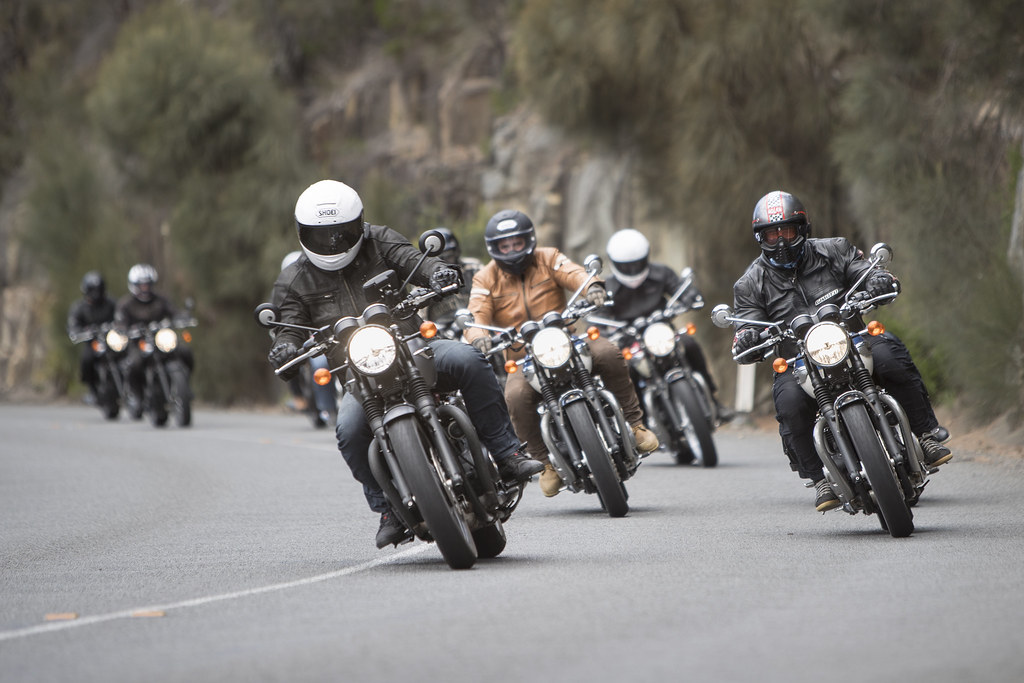 The term ‘iconic’ has been bandied about so much, it has little meaning left. But when it did mean something, it referred to brands like Triumph. And to achieve ‘iconic’ status you need to earn it.

It may have been a rough road, but Triumph Motorcycles weathered two World Wars, a Great Depression and the biggest threat of all, Asian competition. It built personality, prestige and an irresistible desirability through associations with such masculine style icon pillars as Steve McQueen, Marlon Brando, Bob Dylan, James Dean and even Elvis Presley. Now if that pedigree team of superstar riders doesn’t make a boy want to get on a bike, I don’t know poo from clay.

Like James Bond and Aston Martin, Ayrton Senna and TAG Heuer, the male brand bonding between Steve McQueen and Triumph Motorcycles in particular was a match made in heaven. In fact, so enamoured with the brand was McQueen, that he even had Germans riding them in his 1963 WWII classic, ‘The Great Escape’. You didn’t know that? Look closely.

Triumph didn’t seem to mind this historical faux pas either. They even celebrated it with a limited edition Triumph Bonneville, released in 2011. 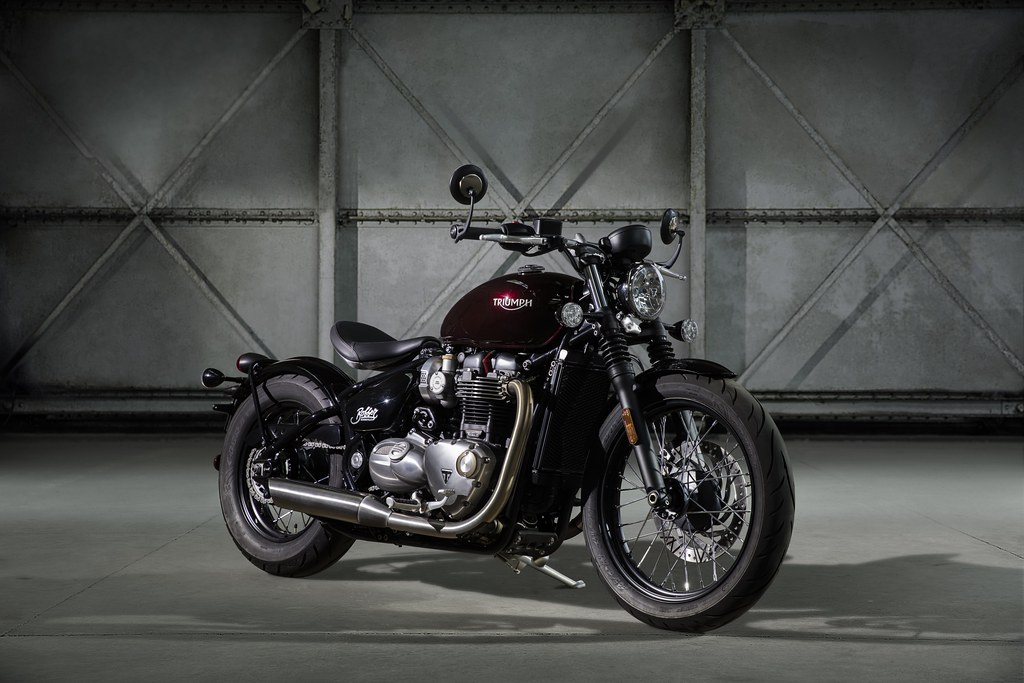 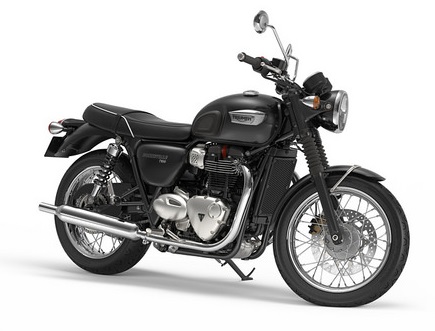 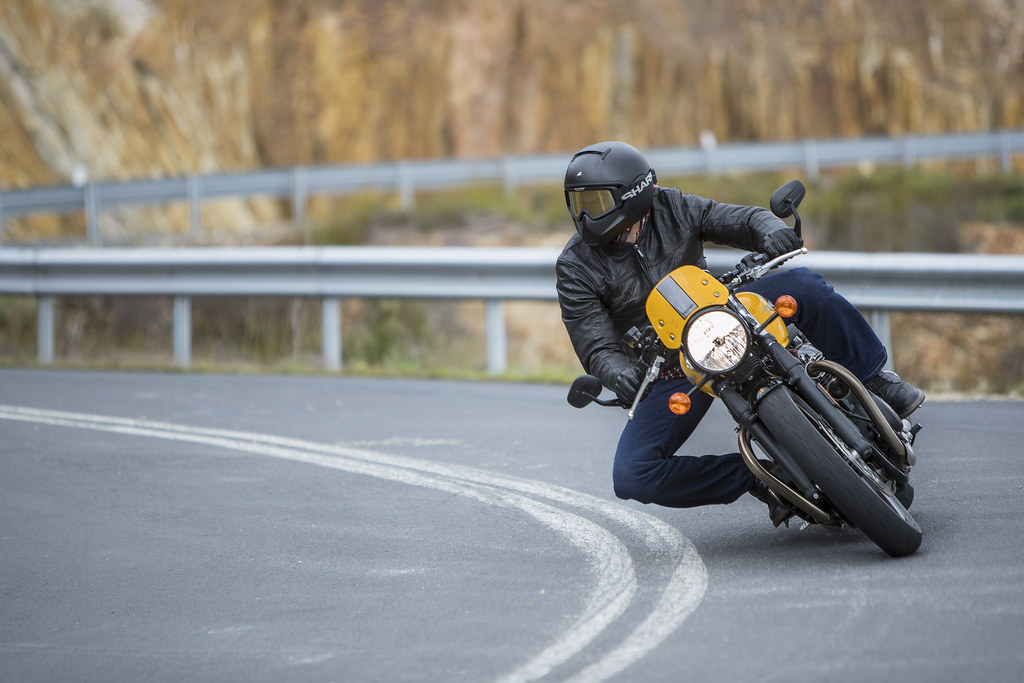 With a name inspired by the club racing scene, the Street Cup is designed to deliver all the attitude, personality, presence and style of a contemporary custom cafe racer for today’s riders.

To match its ‘street racer’ attitude the Street Cup packs more sports-focused ergonomics without compromising rider comfort. Compared to the Street Twin the rider is seated slightly higher and further back and the ‘Ace’ style handlebars are positioned lower and slightly forward to improve physical turn in. 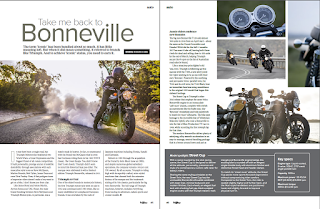 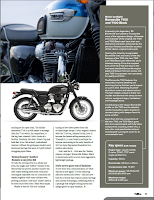 Email ThisBlogThis!Share to TwitterShare to FacebookShare to Pinterest
Labels: Triumph

Explore Australia by Camper Trailer is a curated guide to the very best places to visit with a camper trailer. This book features reviews of more than 320 camper trailer sites – a mix of bush camping in national parks, free camping, station stays and caravan parks. Covering 50 regional areas around the country, there’s also information on what to see and do once you’ve picked the perfect base camp, including scenic day trips, local attractions, walks and fishing spots. Detailed maps and colourful photos make this book everything you need to plan the perfect camping holiday or camper trailer road trip. 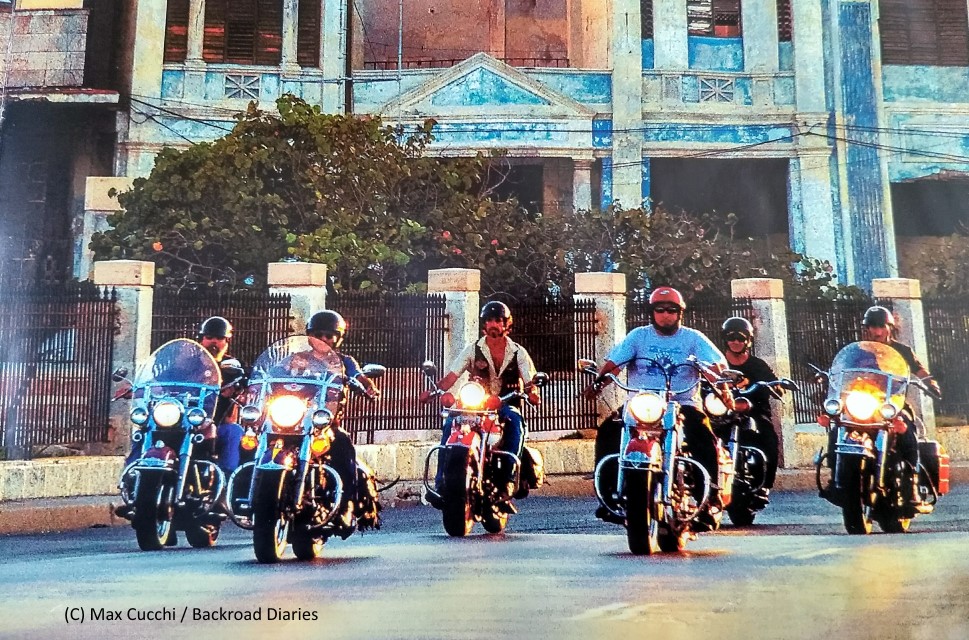 There's nothing new about motorcycle touring vacations, but sometimes there's an attraction that makes a destination irresistible.

Here in Cuba, Ernesto Guevara March, 52, is not only a child of the revolution, he is the son of the famous 'Che' Guevara whose iconised portrait adorns everything from T-Shirts, postage stamps and fridge magnets to tenement walls and government buildings. 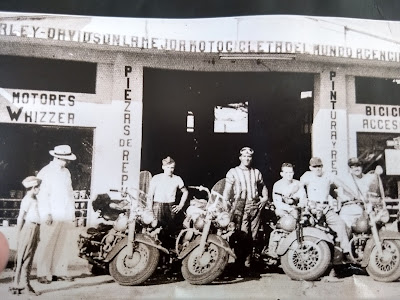 Like the child of any famous public figure, Ernesto seeks to find his own identity and that has been through motorcycles, Harley-Davidsons specifically. Again, it's a coincidence hard to ignore given his father's famous pilgrimage across South America on a Norton in 1952 that became the cult classic film, 'Motorcycle Diaries'.

It was an opportunity too good to miss, so I tracked down Ernesto who operates La Poderosa Tours out of Havana with his Greek-born wife, Maria Elena, and signed up for a sampler of his touring program that takes riders through some of the spectacular scenery of Cuba. Anyone who has seen the film or read the book will know instantly the significance of 'La Poderosa'.

Havana thrives on nostalgia with everything from centuries-old Spanish colonial architecture, mid-20th Century US-inspired excess and harsh Soviet-era blandness. Remnants of these bygone times populate the alleys and boulevards of Havana in the form of hundreds of 1940-50s-era US cars from Chevrolet, Ford and Chrysler mixed in with such Soviet curiosities as Lada and Moskvich. The old Harley-Davidsons are there too, but much harder to find.

Unlike the garish Fairlane, Thunderbird and Dodge taxis that throng the streets, The Cuban 'Harlistas' are an underground cult whose cherished machines only come out for special occasions. The devotees meet at such 'hole-in-the-wall' establishments as Chacon 162 in the historic quarter of Old Havana where an old Panhead hangs from the ceiling. Its name is derived from the Cuban equivalent of 'Route 66'. 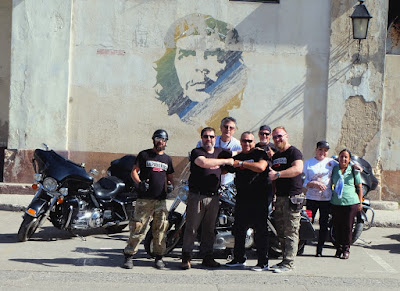 The fleet of 14 bikes used by La Poderosa Tours are modern H-D models such as ElectraGlides, StreetGlides and Dynas brought in through a convoluted method via Panama. It's all above board but as anyone will tell you, anything in Cuba is complicated.

Tours are typically a week or longer to such historic locations as Trinidad da Cuba in the country's south-east where the 500-year-old UNESCO World Heritage city remains surprisingly well preserved.

A full report will appear in Australian Road Rider Magazine