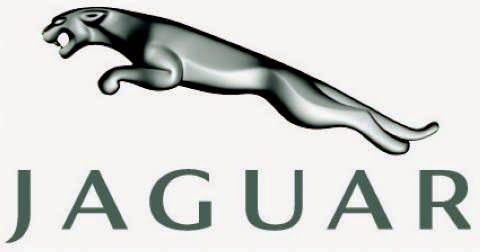 In 1922, an enterprising young man from Blackpool, England, formed the Swallow Sidecar Company the moment it was legally possible, on his 21st birthday. Obsessed with motorcycles, William Lyons believed the sidecar would make a profitable venture. Lyons had no formal training, yet this entrepreneur who started a business with money borrowed in part from his and his partner's parents, demonstrated extraordinary marketing instincts, a passion for motor sports, and an instinctive flair for design, all of which would serve him well for over a century.

Far from being content, however, Lyons capitalised on the debut of the Austin Seven, Britain's first car for the masses, and entered the motor car business. Starting in 1927, the partners manufactured two-seater coach-built bodies for the Austin Seven. Available in an array of two-tone colours, the cars inspired 'Swallow mantra' among fashionable young Londoners, who were grateful for an affordable, distinctive variation on the standard palette of black and black.

This success inspired the partners to build new Swallow bodies for a succession of larger companies, from Morris to Fiat, Sift, Standard, and Wolseley. Although small and low-priced, Swallow cars never skimped on luxury, materials, or style. Like the Jaguar that would follow, they were designed to stand apart from ordinary cars.

Lyons knew that to really distinguish himself from other car manufacturers, he would have to build a car of his own. In 1931, he got his chance. The SS1, with a body and chassis of his own design, was a sportier car, more suited to Lyons' temperament. But it wasn't until two years later that the SS1 Tourer, an open-top model, set the stage for the first true Jaguar sports cars.

By 1934, the company had become SS Cars Ltd, and gone public. For most, it would have been tempting to sit back and watch the profits roll in. But Lyons, whose ambition could scarcely be contained, had designs on an even better car. Not satisfied with the performance of the Standard 16, he set to work on a still more powerful engine.


A better car necessitated a better model name; ideally, one that would suggest speed, power and sleek looks. From a list of animals and birds, one stood out: Jaguar. It was a simple choice and one Lyons never regretted. Indeed, as a metaphor, it proved to be a perfect fit as the company grew.
Available in 2.5 or 3.5 litre, 6 cylinder OHV engines, the SS Jaguar saloon and 100 Sports car ushered in a whole new era of power, precision, engineering, and style. Not to mention rally successes from 1935 to the end of the decade.

During World War II, motor car production was halted. Instead of cars, motorcycle sidecars and airplanes were manufactured. Lyons though was thinking ahead. With Harry Weslake working as a consultant to the renowned design team of William Heynes, Walter Hassan, and Claude Baily, Lyons set to work on a prototype engine which, once perfected, would secure Jaguar's reputation.

This new series, designated X (for experimental), exhausted prototype after prototype until it reached XK. Then in September 1948, on a foggy stretch of road near Bruges, Belgium, a new 2-litre, 4-cylinder prototype engine astonished even the men who had created it, reaching a breathtaking 176 mph.


A revolutionary engine complete, all that was needed was a body to match. But development of a new saloon body was slow, and so just weeks before the 1948 Motor Show, a new sports car body was sculpted and hand-built. Lyons, a born stylist with an intuitive eye, knew he had a winner. Once unveiled, the XK 120 stole the show, even standing still.

The XK soon proved itself the fastest production car in the world, reaching 132.6 mph on a deserted stretch of concrete motorway near Jabbeke, Belgium. With its flowing, elegant lines and more than reasonable 998 pound price tag, the XK 120 was the finest example yet of the Jaguar gift for combining performance, style and value.

In Britain's austere post-war economic climate, the company's new marching orders were 'export or die'. America beckoned. The Mark V saloon (and later, the Mark VII) signaled the beginning of a concentrated effort in 1949 to crack the American market. As everyone knew, Americans favoured bigger, flashier cars. With its sweeping fenders, running boards, and tall, polished grill, the Mark V delivered.

The advertising slogan "Grace-Space-Pace" more than adequately summed but the appeal of the Mark VII. Powered by the XK engine, the Mark VII took the United States by storm. Demand was so high that a larger factory was required, and by 1952 Jaguar had moved its manufacturing plant to Browns Lane in Coventry.


Driven by such renowned drivers as Stirling Moss, the Mark VII continued Jaguar's motor sports successes by winning the prestigious Monte Carlo Rally. The XK engine helped Jaguar achieve unprecedented glory. The Jaguar C and D types powered by variations on the remarkable XK engine and purpose-built for competition, won Le Mans - the most grueling endurance test in motor sports - an incredible five times in seven years during the 1950s.

By now Jaguar was turning more than industry heads. In 1956, loyal Jaguar customer Queen Elizabeth II took a tour of the Coventry factory, and Bill Lyons was knighted Sir William Lyons. Then disaster struck in 1957. Fire devastated a large part of the Coventry factory, and with all but 16 of the new Jaguar XKSS sports cars, which would have boasted a top speed of 160 mph.

The tragedy failed to stop production of the 2.4 and 3.4 saloons, Jaguar's first compacts. They evolved into the well-loved Mark 2 of the '60s, which in turn bred the more sophisticated S-TYPE saloon.

Even before the fire, Jaguar engineers had been working on designs for a successor to the D-type. Led by Malcolm Sayer, Jaguar combined all the best features of its competitive racers to create a new model that was at home on the open road as it was on the track.


Sayer transformed the hard aerodynamic curves of the D-type racers into a sleeker, more sensuous road car. He paired this glamourous new body with the 3.8 XK engine and added an entirely new rear suspension system. The end result, the legendary E-type, is one of the most beloved cars in Jaguar's history and was unveiled in 1961 at the Geneva Motor Show. It is considered one of the finest sports cars Jaguar has ever built.

This creative synergy between product lines is a hallmark of the innovative thinking so important to the Jaguar Brand. It's what gives even the most luxurious Jaguar saloon its teeth.

Never content to rest on past successes, Sir William embarked on a new project - the XJ6 saloon. Four years in development, in 1968 it provide to be an overnight sensation, setting new world standards in comfort and refinement.

In 1971, Jaguar unveiled the V12 engine, the first mass-produced V12 in more than 20 years. The automotive establishment heralded it as one of the finest engines ever created.

The following year market the end of an era. Sir William officially retired in March, bringing to a close five decades of brand stewardship by a man whose single-minded vision and influence can, unlike the cars he created, never be understated. You only have to look at the almost genetic relation of one car to the next - from the XK 120 to the XK8, some 50 year later - to see how he shaped the brand.


The 1970s saw further refinement of the Jaguar Brand. The XJ-S combined the suspension of the E-type, a modern 2 + 2 body, and V12 power. Although it was the epitome of luxury, it also carried on Jaguar's sports car tradition.

Jaguar then turned its attention toward the development of a new car. Within the company it was known as the XJ40 project, and it resulted in a totally redesigned XJ6 featuring a more refined 24-valve AJ-6 aluminium engine.

3 February 1993 saw the introduction of the powerful Jaguar XJ12 and the next year on 28 September 1994 the Jaguar XJ6 made its public debut.


The XK8 was introduced to the world on 3 October 1996, soon became the fastest selling sports car in Jaguar history. It combined the company’s new V8 engine and inspiration from iconic Jaguars of the past into one of the most contemporary sports vehicles of its time.

The Jaguar R1 Formula 1 car made its first appearance during January 2000, accompanied by team driver Johnny Herbert and in the same year Ian Cullum also joined Jaguar as Design Director, fulfilling his childhood dream of designing Jaguars for a living.

The X-Type made its public debut on 10 December 2001 and as a compact executive car, it was the smallest of the Jaguar model range.

Ford's tutelage only lasted until June 2008 when Jaguar and Land Rover were acquired by Tata Motors for US $2.3 billion. Long term agreements with the Ford Motor Company ensured the continuity of components and technological support. Mr Ratan N Tata, Chairman of Tata Sons and Tata Motors, pledged support to the Jaguar Land Rover in ‘building the success and pre-eminence of the two brands’.

XK was the first new Jaguar of the millennium and consisted of an aluminium monocoque chassis, a 4.2 litre V8 engine and was introduced in 2006. The supercharged XKR model offered even greater levels of power and acceleration. The Jaguar XF was later launched in 2008 to replace the S-Type. In January of that year, the XF was awarded the What Car? 'Car of the Year' and 'Executive Car of the Year' awards. A supercharged XFR, with minor modifications, became the fastest Jaguar ever by reaching 226mph at the famous Bonneville Salt Flats in Utah.

The latest XJ was introduced in 2009 to compete in the full-size luxury saloon category and boasted strong performance and advanced dynamics to create a level of agility usually rare in a car filled with such luxury, security and refinement. The 2010 Paris Motor Show also revealed a glimpse into an exciting future for Jaguar in the form of the C-X75 electric concept car, highlighting advances in both design and sustainability.


The Jaguar F-type prototype was unveiled on 11 January 2001 and formed a modern interpretation of the classic 1950s D-Type. The F-Type convertible was later launched at the 2012 Paris Motor Show on 27 September, following its display at the Goodwood Festival of Speed in June 2012 and officially launched in Australia in 2013. This roadster was Jaguar’s first sports car in 50 years and delivered not only astounding driving performance but also strong design values as it was named 2013 World Car Design of the Year. Today, in the 21st century the brand is well positioned with a four car line-up; the F-Type, XF Series, XJ Series and XK Series which has allowed Jaguar it extend its reach across the luxury market - and the reach of the brand into the hearts of drivers everywhere.