Mystery photo: Who drove this Austin Seven from London to Sydney in the 1960s? 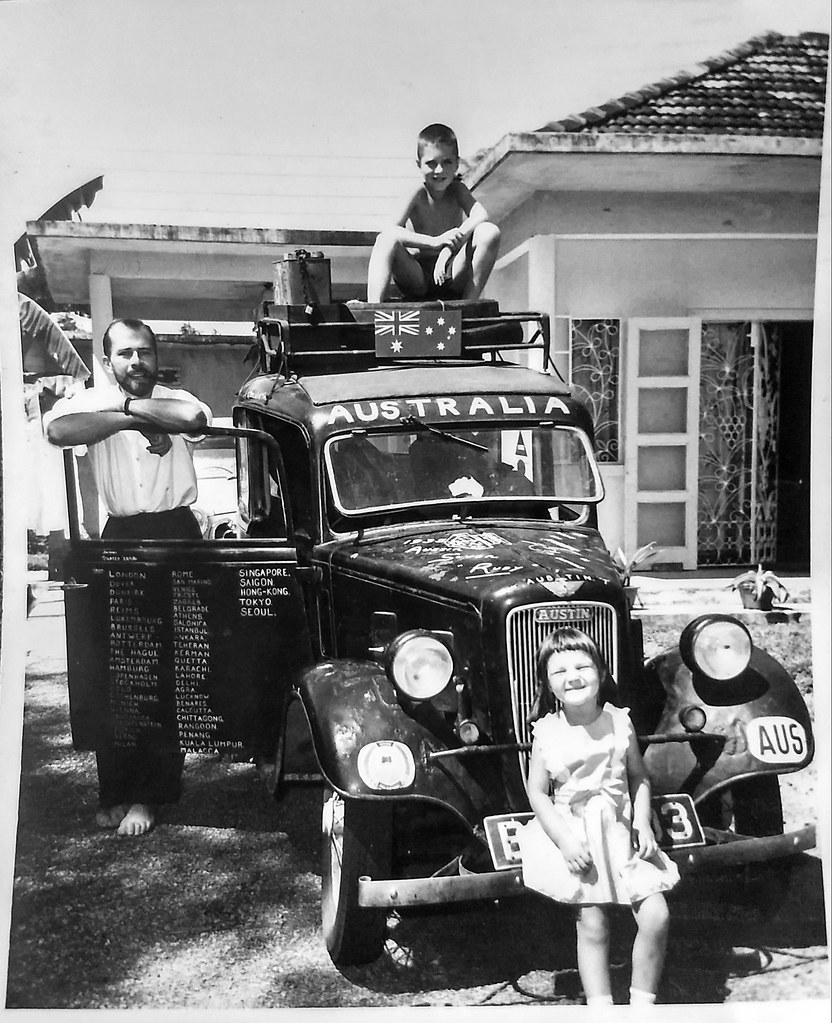 A mate proudly produced this photo album which he had salvaged from a scrap heap. In it were some very interesting images, including this one of an Austin car which apparently had been driven from London to - presumably as the door panel would attest - Seoul. One might imagine that based on the success so far, he managed to reach his goal of Sydney. According to the fine print on the photo, the journey started 28/4/61.

I have made only the most perfunctory enquiries so far, but have turned up nothing. Any clues?