Looking for adventure after a hard few weeks led us to an awesome company called RIDE360.

Twenty-two middle-aged men met in the pouring rain early on Saturday morning. Armed with route waypoints rather than directions we dispersed into the south coast Highlands with a halfway point at Braidwood bakery and final destination the pub at Batemans Bay.
Read more »
Posted by rodeime No comments: 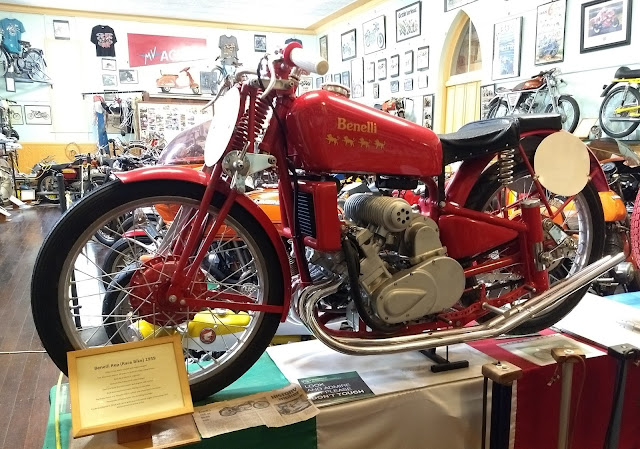 ASK any race fan which make first went to four cylinders for a two-fifty and he'll probably answer, Honda. Such was the tremendous impact of the stranglehold those high revving Japanese fours put on the world 250cc championship in the early 1960s.

But the answer's wrong. Benelli were first with a two fifty racing four. What's more, it was supercharged and water-cooled. The reason it was not better known is that classic racing had already been halted by the second world war when the beautiful little Benelli was unveiled at the Milan Show in the winter of 1939.
Read more »
Posted by rodeime No comments: