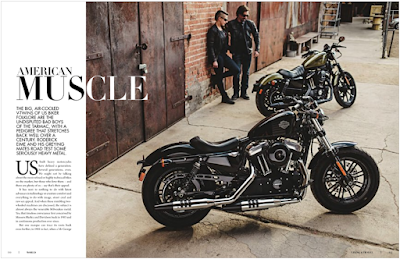 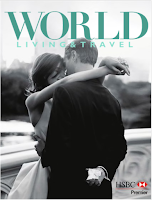 We might not be talking about the most refined or highly technical bikes on the market, but those who love them, and there are plenty of us, say that’s their appeal.

The big air-cooled V-Twins of US biker folklore are the undisputed bad boys of the tarmac with a pedigree that stretches back well over a century. Their appeal has next to nothing to do with latest advances in technology or creature comfort refinement, but everything to do with image, street cred and raw sex appeal.

Read the full story in World Magazine - Summer 2017
Posted by rodeime No comments:

A brand new, clean-sheet engine from Harley-Davidson comes along about as often as Halley’s Comet, so lovers of the venerable ‘hog’ are paying attention.

The all-new Milwaukee-Eight was created, apparently, in response to owner feedback from across the globe. Scott Miller, Harley-Davidson Vice President of Styling and Product Development Strategy said "You truly have to ride one to feel the difference - so we're inviting all riders to visit a Harley-Davidson dealer and take a test ride."

So, we popped down to Harley-Heaven at Alexandria and accepted Miller’s invitation to test one of the MY17 Road Glides fitted with the 107 variant and can attest that power is more accessible, smoothly delivered and in abundance.


Continuing the century-old tradition of 45-degree V-Twins, the new engine is fitted exclusively to the range of big tourers and also incorporates revised front and rear suspension across the range making for an overall uplift in experience. Not once did I scrape the footboards on the twisty bends along the Hawkesbury, a glaring contrast to the Fat Boy S we tested the week before.

Liquid-cooled cylinder heads are also a feature of the ‘twin-cooled’ top-of-range Ultras and CVOs.

Would you call yourself a Ducatisti?

Some might say it’s all in a name and when the name Ducati is mentioned, it conjures both sights and sounds in the mind that set this fabled Italian brand apart.

Indeed, anyone who has heard one of the legendary L-twin bikes at full noise will never forget the husky, hairy-chested note, climaxing at the red line. Despite varying degrees of racetrack success, Ducati motorcycles were always the glamour favourite in pitlane and the paddock.

To drop just a few more names:Troy Bayliss, Carl Fogarty, Casey Stoner and Mike Hailwood are some of the famous bottoms to have graced the saddles of Ducatis over the decades, with Hailwood’s 1978 Isle of Man TT triumph aboard a 900cc Supersport Twin particularly notable, since the legendary rider had been in retirement for the previous decade. Before and after the nine-time world champion’s untimely death in a freak highway car accident in 1981, the 7000-odd replica bikes (MHRs) produced from 1979 until 1983 became instant classics and went some way to saving the financial stakes of Ducati. Today, a faithful example could fetch as much as NZ$50,000.

The brand has had quite a tumultuous ride since leaving the hands of the Ducati family who founded the name in Bologna in 1926. The factory originally made radio parts and equipment, was bombed heavily during WWII and didn’t start making full size, large displacement motorcycles until almost 1960, having graduated from their earlier successes with small capacity machines, like the 98S and scooters.

The 1960s is when it all changed. Despite the failure of the first big L-twin project, the monstrous US-inspired 1200cc Apollo in 1963, Ducati developed great prowess in mid-sized machines, particularly the 250cc Mach 1, introduced that same year. The highly collectable Mach 3 came in 1967.

In the 1970s, Ducati continued to make great strides with the introduction of the first commercial L-twin, the 750 GT. Racing success followed throughout the decade, culminating in the fairytale win for Hailwood in the 1978 Isle of Man TT mentioned earlier.

Since 2012, the Ducati brand has been owned by the Volkswagen group via their Automobili Lamborghini S.p.A subsidiary, but motorcycles are still produced at Borgo Panigale in Bologna.


PUBLIC WARNING: DO NOT DEAL WITH GASOLINE MOTOR CO 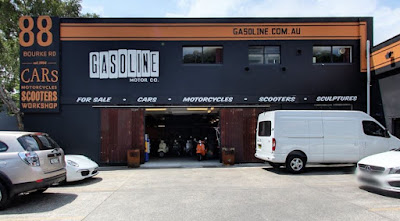 Editor’s Note: In October 2016, Gasoline Motor Co was taken over by new management. In 2021, NSW Fair Trading removed the public warning from its website. For full details, see the SMH report. As such, the details below may no longer be accurate.
NSW Fair Trading is warning consumers not to deal with Gasoline Motor Co, following identification of possible trust account anomalies involving vehicles placed on consignment.

Fair Trading Commissioner Rod Stowe said both Gasoline Machine Pty Ltd and Gasoline Australia have been suspended pending a response by the licensees to a Notice to Show Cause on the licences and a determination by NSW Fair Trading.

“I am issuing this warning as we are concerned that these businesses may be continuing to trade,” Mr Stowe said.

At least $600,000 consumer detriment has been identified by Fair Trading with 17 complaints and enquiries against Gasoline Machine about non-payment in consignment deals.

“If consumers have consigned a vehicle with either of the above mentioned businesses and the vehicle has not yet been sold, they should contact the following licensees to arrange immediate collection.”

Mr Stowe said repair work cannot be lawfully conducted by Gasoline Australia (NSW) Pty Ltd and consumers who have motorcycles or scooters in for repair, service or builds should immediately collect their vehicle and any parts paid for by contacting the above numbers.

Consumers who have incurred a detriment by Gasoline Machine Pty Ltd should contact Nicholas Charlwood on (02) 9263 2600 or email ncharlwood@hallchadwick.com.au to register an interest.

If purchasers, consignors or customers of vehicles to either of the business have any other questions or concerns they can contact NSW Fair Trading on 13 32 20.

The Bentley Bentayga is "the fastest, most powerful, most luxurious and most exclusive SUV in the world


Bentley Motors' Bentayga is "the fastest, most powerful, most luxurious and most exclusive SUV in the world. It offers a...
Posted by Roderick Eime on Saturday, 12 March 2016