Will the real Harley-Davidson please stand up 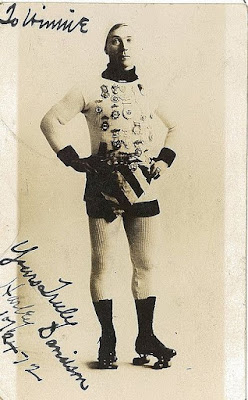 More than 100 years ago, just as the now venerable name of Harley-Davidson was gaining notoriety as a formidable contender in motorcycle manufacturing, another Harley Davidson was also making waves.

This Harley Davidson was already 34-years-old when Ol’ Number One rolled out of the Milwaukee shed in 1905. In fact, the original Harley Davidson was described in 1915 as “having broken more records and entered more events in the different branches of sport than any other athlete in the world today including running, swimming, track, boxing, baseball, bicycle racing, lacrosse, wrestling as well as ice and roller skating."

It was the latter pursuit of roller skating that had sent the Minnesota native into the annals of sporting greatness and at the peak of his career, Davidson defeated 150 rival skaters in front of 14,000 fans at London’s Olympic Track in London in the 1909 world speed skating championship, taking home the diamond medal and $2,000 in gold as prizemoney (almost US$60,000 today).

In an engineered coincidence, Mr H Davidon visited his Milwaukee namesake factory in 1912 while en route to Australia for demonstration events of his ‘trick and fancy’ skating.


The occurrence was seized upon by the local media and full publicity mileage made of the visit for the benefit of both parties.

“As everyone familiar with motorcycles knows, the name of the Harley-Davidson machine and the Harley-Davidson Motor Co. resulted from the association of William S. Harley and the three Davidson brothers - Walter, Arthur and William,” reported The Harley-Davidson Dealer Magazine in June 1912, “[Mr Harley and the Davidson brothers] combined their brains, mechanical knowledge and skill in the production of motorcycles without giving a thought to the possibility of confusion with the name of Harley Davidson, world's champion skater.”

Mr H Davidson, the skater, cheerfully cooperated with the apparent stunt, saying "Everywhere I go people ask me about the Harley-Davidson motorcycle. Often I have great difficulty in convincing them that I have no connection with the company other than friendship for Arthur Davidson and a wish for the continued success of the company."

The skater did not enjoy the same durable success of his mechanical namesake and after retiring from professional sport in 1916, Davidson’s life took a steady decline through lack of financial and physical sturdiness. Many injuries had caused the skater’s health to decline and he died in 1946.

Girl on a Motorcycle is Naked Under Leather 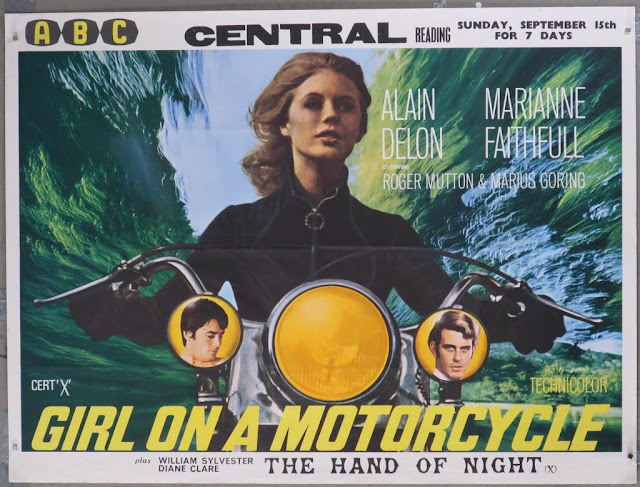 When we talk about mighty motorcycles in movies, it almost always leads to burly, superhero blokes and their big V-Twins. But, listen up, that is not always the case.
Read more »
Posted by rodeime No comments: