AC/DC's Malcolm Young is 'Back in Black'

When one of your idols passes away it can be a very moving event, to say the least. 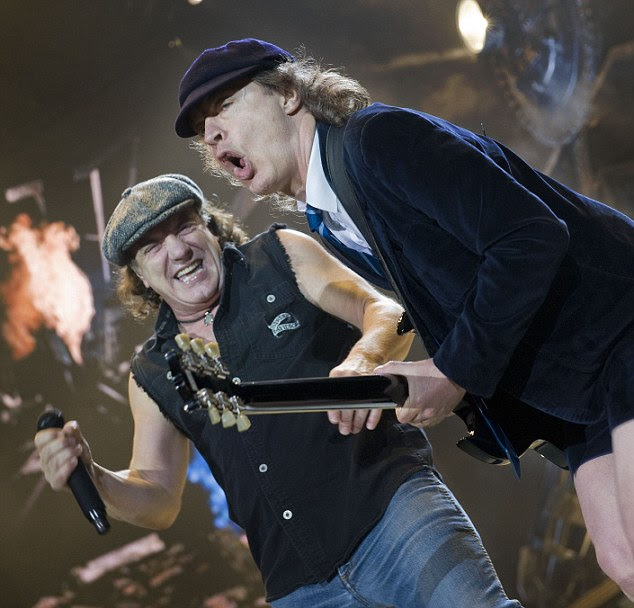 And so it was when AC/DC guitarist and co-founder, Malcolm Young, struck his last chord in November. The elf-like Young with his wild guitar antics had given the guys and gals at Harley-Heaven Western Sydney so much fun and good times during their misspent youth, they felt a tribute was in order.

And so it came to be.

“We were already working on this customised 114 Fat Boy when the news broke,” recalls Craig, “we just looked at each other. Speechless. One or two of us even went for our own quiet moment somewhere private. It was still a big shock even though we all knew he wasn’t well.”

The big black Softail was an obvious choice, so the team decided it was worth some extra effort and set about installing some seriously dark kit.


“With the song ‘Back in Black’ all over the airwaves, it just kind of spoke to us, so we thought ‘let’s go all out’.”

“Initially we were looking to do something in contrast with the satin chrome without going too far, but we just couldn’t hold back. Harley’s gloss black components are beautifully finished so we utilised what we could there with available OEM engine components and what we couldn’t source genuine, we had custom-finished by Marc at Sydney Customs Spray painting whose work is absolutely faultless. The wheels were the subject of much discussion and we think what we went with works quite nicely. It gives the casting some depth and allows a pleasing contrast to the centre and hubs.

“From the rider’s seat we ran with Harley’s Street Slammer bar in satin black and finished it off with Airflow grips and profile custom mirrors also in satin black. We left some chrome components like the headlight trim, pushrod tubes and lifter blocks as touch points. The foot controls are still standard which could be finished off with Airflow collection in gloss black or Defiance collection depending on the new owner’s taste.”

And it wouldn’t be finished without some musical ‘tuning’ and Craig reckons Mal would approve. They even thought of calling this trick set-up the ‘Malwaukee’ treatment.

Just like the boys in the band, this tribute bike will certainly turn heads, even bounce 'em perhaps!

Come in and see and ride the full Harley-Davidson range at Harley-Heaven Western Sydney, 70 Sunnyholt Rd, Blacktown or call (02) 9621 7776.