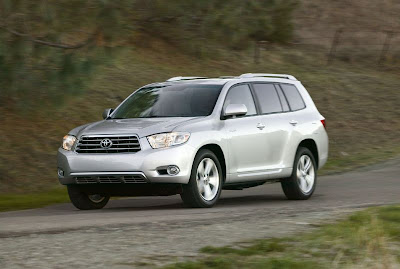 Taking centre stage on the Toyota stand will be the new TRD brand and its first two performance-enhanced vehicles - a near-to-production TRD Aurion and a concept TRD HiLux.

Toyota will also display the new Euro-styled Corolla hatch, the sophisticated new Corolla sedan and the next-generation Kluger medium SUV, all to be seen in Australia for the first time.

Toyota Australia's senior executive director sales and marketing David Buttner said Toyota is aiming to consolidate its market leadership with these significant new models to be introduced in 2007.

"The performance-enhanced TRD vehicles, the new Corollas with their European-influenced design and the next-generation Kluger with the added flexibility of 2WD will provide a great boost to our line-up," Mr Buttner said.

"We will also have other surprises when the show opens on 2 March," he said.

Mr Buttner said the advent of TRD is an important development that will increase the desirability of the Toyota brand.

"It is the first time in the world TRD has been established as a separate brand under Toyota," Mr Buttner said.

"We are drawing on Toyota's 50 years of motorsport heritage to engineer and market a range of vehicles under the TRD banner.

"They will add a new dimension to the Toyota brand in Australia."

The TRD Aurion is expected to go on sale during the third quarter of this year.

Based on the Toyota Aurion large car introduced late last year, it features a supercharged 3.5-litre V6 engine with a development target of at least 235kW.

It will come with a six-speed automatic transmission with manual override and locally developed upgraded brakes and suspension.

The TRD Hilux Concept is based on a 4WD Double Cab with luminescent red paintwork embedded with gold flecks.

A production model is expected to go on sale before the end of the year, equipped with a supercharged 4.0-litre V6 engine.

Local engineering development and design have been carried out entirely by Toyota Australia, with final assembly carried out by our supplier Prodrive.

The new Corolla will be a feature of the Toyota stand - with a distinctive, sporty hatch and a sleek and sophisticated sedan.

New Corolla is longer and wider than the current model, providing even more interior space for passengers and luggage.

Corolla is Australia's most popular small car and last month was the top-selling vehicle in the country - a feat it achieved twice last year.

Toyota is also providing a preview of the next-generation Kluger, fresh from its world debut earlier this month at the Chicago Auto Show.

For the first time, Kluger will be available in 2WD as well as all-wheel drive when it goes on sale during the third quarter of this year.

It is expected to develop around 200kW - the most power of any non-turbo soft medium SUV.

Available with five or seven seats, next-generation Kluger is longer, wider and taller than the current model.

It will offer more space for passengers - especially in the second and third rows.
Posted by rodeime No comments:

Pajero Gets the Last Laugh 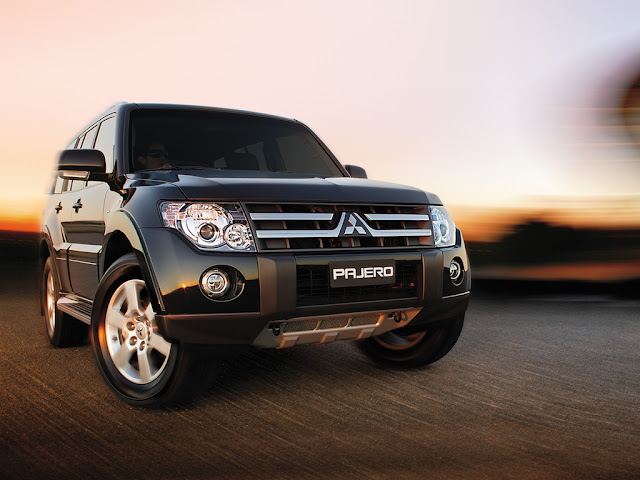 Critics of Mitsubishi’s popular Pajero find the joke is on them.

The name ‘Pajero’ was applied to the new vehicle, drawn from a small South American feline (Leopardus pajeros) that darts spritely amongst the high pampas of the Andes. Attracted by the allure of the svelte little predator, the marketing team unfortunately didn’t look at every popular use of the word and very soon the Spanish-speaking markets were rolling on the floor at the Japanese ineptitude.

American and Spanish markets now refer to the Pajero as Montero (mountain lion) and the UK market as Shogun.

Now in its fourth generation, the new NS Series introduces enhancements that maintain the vehicle’s market respect despite continued unkind references to that famous nomenclature faux pas 25 years ago.

Australian 4x4 Magazine recently awarded the new diesel Pajero '4X4 OF THE YEAR' when stacked up against finalists that included Touareg, Prado, Mercedes-Benz and Jeep.

With so many ‘almost’ 4WDs and SUVs on the market, it’s hard for buyers to tell when they’re getting a real off road machine. For the press launch, Mitsubishi took the notoriously hard-nosed Australian journalists to the Flinders Ranges where they tore around in typical style in the ruts, potholes and bulldust of the true outback.

The excellent 5-speed automatic with sequential shift will be the most popular option with buyers, but traditionalists can still opt for the fully synchronised 5-speed manual.

Pajero's 4WD system can be engaged and disengaged whilst driving at speeds of up to 100km/h. It includes 2WD high range, 4WD high range, 4WD low range, and 4WD high and low ranges with locked transfer. Safety systems include ABS with EBD (Electronic Brakeforce Distribution), Active Stability Control, and six airbags - all available on the base model.

Also of note is Mitsubishi’s decision to reintroduce the once popular 3-door, short wheelbase variant to the range.

In summary, the new NS Pajero is a totally creditable development of the already respected Pajero model. Buy it for genuine off road ability, as it presents one of the best value packages on the market.

As for the elite SUV poseurs, you may just have to eat those words.

We Liked:
If we had to be picky