If there was ever any doubt, the recent sale at auction of this iconic Australian muscle car has quelled any debate. 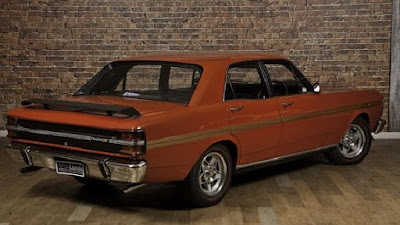 At the time of its release, this car sold for around $5000. My father owned one for a short time and was delighted that he even made a small profit when he sold it 12 months later - traded for a Valiant 2-door hardtop - but that's another story!

For those unfamiliar with this vehicle, Ford built just 300 of the super special HO (Homologated Options) vehicles, especially for racing. The cars were an immediate hit and sold like hot cakes. They were also the target for thieves and the unlucky chap who bought dad's car lost it days later. It was later recovered, stripped to a shell but later rebuilt. I hope it's still around somewhere.

The car was powered by a 351ci Cleveland V8 producing a whopping 224kW (300bhp) and capable of more than 140mph, making it the fastest 4-door production car in the world.