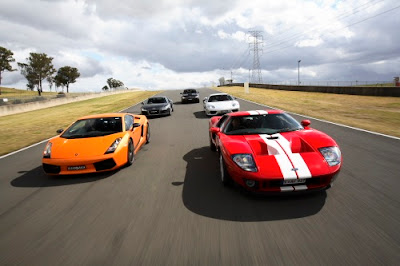 The Supercar Club garage is home to an immaculate collection of sports and luxury cars including top of the range Maserati, Porsche, Aston Martin, Ferrari, Lamborghini, Bentley and Rolls Royce models as well as lightweight track specials and cult off-roaders.

The fleet is constantly updated, giving members access to the world's best cars without the setbacks of depreciation, insurance and maintenance.

Membership costs range from $17 000 to $72 000 annually, along with a one-off joining fee. In return, members are allocated a pool of points that they trade for days in their choice of the Club's cars. There are several levels of membership and members typically receive from 20 to 80 days driving per year, depending on which level they join and what cars they drive.

If you don't want to fork out the big bucks consider taking in part in one of The Supercar Club's Drive Days through The Hunter Valley, Mornington Peninsula or Gold Coast Hinterland. Discover your inner Bond behind the wheel of five different cars throughout the day including top of the range Aston Martin, Lamborghini, Ferrari, Aston Martin and Lotus models. Drive Days are $1, 320 and that includes a gourmet lunch and refreshments at pit stops along the way.

The Supercar Club operates out of Sydney, Melbourne and Brisbane. For more information visit www.thesupercarclub.com.au or call 1300 798 900.
Posted by rodeime No comments: 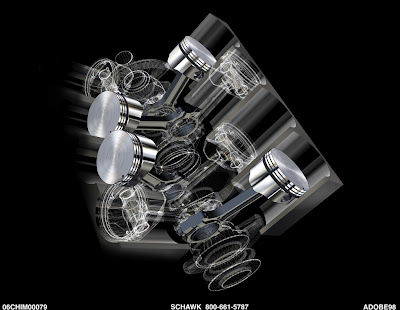 With Honda beating the cylinder deactivation technology drum in their new TV ads for fuel-sipping Accord, you’d think this was the latest thing.

Also known as “Variable Displacement”, the concept has been around in one form or another almost as long as we’ve had cars and engines.

The idea is simple; it involves shutting down banks of cylinders according to engine load to reduce fuel consumption. It works best in V-engines with opposing pairs.

First seriously trialled during WWII, it wasn’t adopted commercially until Cadillac installed a V8-6-4 in their Seville model in 1981. In short it was a disaster and dealers resorted to deactivating the inadequate computer module to run the engines as full-time V8s. Mitsubishi had more success in the ‘90s, but also dropped the idea due to poor buyer response.

Chrysler, Mercedes-Benz and GM are all back in the “multi-displacement” arena now too.

Honda’s VCM in the 202kW 3.5-litre SOHC i-VTEC V6 deactivates specific cylinders by using the VTEC (Variable Valve-Timing and Lift Electronic Control) system to close the intake and exhaust valves while a control module cuts fuel to those cylinders. When operating on three cylinders, the rear cylinder bank is shut down. When running on four cylinders, the left and centre cylinders of the front bank operate, and the right and centre cylinders of the rear bank operate.
Posted by rodeime No comments: 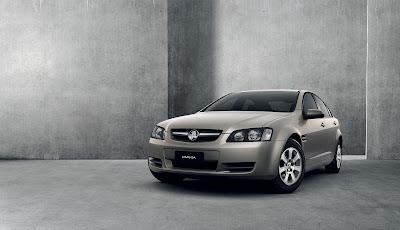 While all brands acknowledge a trailing off of vehicle sales last year, there was definitely a silver-lining to Australia’s new vehicle sales figures.

Over one million new vehicles were sold in 2008, only the second time ever the seven-figure mark was reached. Toyota Australia delivered 238,983 vehicles, 2336 more than its previous record set in the boom sales year of 2007. Despite stiff competition from Toyota’s thrifty Corolla, Holden’s venerable Commodore was the best selling single vehicle for the 13th year straight.

“Sales in December held up well with buyers taking advantage of the many competitive opportunities available in the marketplace,” said Andrew McKellar, chief executive of the Federal Chamber of Automotive Industries.

“We must be realistic about the outlook for the year ahead and acknowledge the impact that the global financial crisis is having on the broader economy,” he said.

“Nonetheless there are positives that will underpin demand in 2009, including lower fuel prices, reduced interest rates and the impact of additional fiscal measures implemented by the Federal Government,” Mr McKellar said.

Light commercial vehicles were a major contributor to the overall market result with the segment increasing 4.2 per cent during 2008.

Despite nervousness in many sectors, the cavalcade of 2009 new vehicle releases rolls on.

Audi will be particularly busy with their new A3 Sportback TFSI quattro in 1.4 and 2.0 litre. A new RS6 sedan, Q5 and S4 are due and a facelift for A6.

Ford are revealing a new Fiesta and facelifting Territory, Focus and Ranger.

Despite shelving their US export plans for the sauced-up ute, there will be an update for Commodore that will include cylinder-deactivation technology to improve fuel efficiency.

Any new model from the innovative Subaru stable is always eagerly anticipated and 2009 will see a new generation Liberty rumoured to be bigger, sexier and uprated.

Honda’s sub-$30k Insight hybrid should excite green car buyers when it arrives late in ’09, while the other eco-option, Toyota’s Prius appears in an upgraded Generation Three format with a solar roof as optional.

Under “unusual and surprising”, expect to see a 4-door Porsche sedan and diesel Cayenne, a mid-size Suzuki, a mini Alfa, a Chinese Chery and GM’s almost-forgotten Cadillac return to our shores.
Posted by rodeime No comments: