Would you call yourself a Ducatisti?

Some might say it’s all in a name and when the name Ducati is mentioned, it conjures both sights and sounds in the mind that set this fabled Italian brand apart.

Indeed, anyone who has heard one of the legendary L-twin bikes at full noise will never forget the husky, hairy-chested note, climaxing at the red line. Despite varying degrees of racetrack success, Ducati motorcycles were always the glamour favourite in pitlane and the paddock.

To drop just a few more names:Troy Bayliss, Carl Fogarty, Casey Stoner and Mike Hailwood are some of the famous bottoms to have graced the saddles of Ducatis over the decades, with Hailwood’s 1978 Isle of Man TT triumph aboard a 900cc Supersport Twin particularly notable, since the legendary rider had been in retirement for the previous decade. Before and after the nine-time world champion’s untimely death in a freak highway car accident in 1981, the 7000-odd replica bikes (MHRs) produced from 1979 until 1983 became instant classics and went some way to saving the financial stakes of Ducati. Today, a faithful example could fetch as much as NZ$50,000.

The brand has had quite a tumultuous ride since leaving the hands of the Ducati family who founded the name in Bologna in 1926. The factory originally made radio parts and equipment, was bombed heavily during WWII and didn’t start making full size, large displacement motorcycles until almost 1960, having graduated from their earlier successes with small capacity machines, like the 98S and scooters.

The 1960s is when it all changed. Despite the failure of the first big L-twin project, the monstrous US-inspired 1200cc Apollo in 1963, Ducati developed great prowess in mid-sized machines, particularly the 250cc Mach 1, introduced that same year. The highly collectable Mach 3 came in 1967.

In the 1970s, Ducati continued to make great strides with the introduction of the first commercial L-twin, the 750 GT. Racing success followed throughout the decade, culminating in the fairytale win for Hailwood in the 1978 Isle of Man TT mentioned earlier.

Since 2012, the Ducati brand has been owned by the Volkswagen group via their Automobili Lamborghini S.p.A subsidiary, but motorcycles are still produced at Borgo Panigale in Bologna. 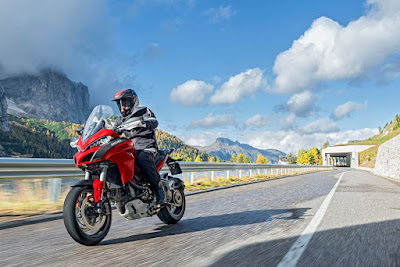 I’m not about to set off on any Dakar recreation but, an enthusiastic weekend ride out to Lithgow, west of Sydney is more than adequate to test the road manners and touring capability of this big ‘mulitbike’ which Ducati claims is “unbeatable on tarmac, perfect and comfortable for long-distance travelling, fun off the road and agile through town.” Just a few weeks prior, we had tested BMW’s rave-reviewed R 1200 GS, so with that experience still fresh, it was an interesting comparison that may ultimately come down to personal preferences and brand loyalties.

The big Italian 1198cc L-twin has more than ample power on hand, delivered with that imperious throaty roar when the throttle is opened, sending you off effortlessly down the tarmac. Handling is confident and surprisingly nimble for a big bike.

One of the key features, much like the BMW, is the ability to dial-up suspension and engine settings to match the riding conditions and terrain. Scroll through adjustments for traction control, ABS and wheelie control to best match your ability and the surfaces.

In summary, while the BMW is a technical marvel, the Ducati retains more pure bike feel and nuances, delivering a riders’ ride, if that makes sense.

The Gentleman and the Bastard 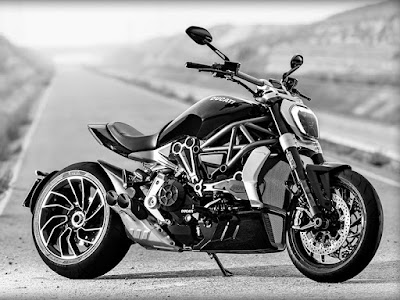 Their words, not mine. But the 1262cc XDiavel S is the embodiment. It’s up to you to decide whether you’re the gentleman.

This motorcycle is a beast and a pure and exuberant expression of … whatever you want to express. The S is a redo of the already flamboyant XDiavel, billed by Ducati in a marvellous understatement as a ‘cruiser’. The Testastretta DVT L-twin’s bore is the same as our Multistrada but the stroke is extended on this 1262cc incarnation. Ducati’s premise in the X is to create a meticulously engineered crossover for cruiser and superbike, yet the result is somewhat beyond both in this machine which could well star in its own Transformer movie.

Cool standard equipment includes a ‘power launch’ which is pretty much self-explanatory, as well as ABS and DTC (traction control). 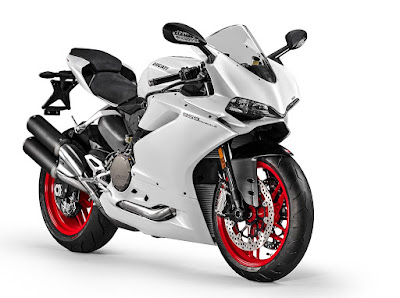 If Mike Hailwood were around today, this would be his daily bike. Despite its space-age looks and electronic gadgetry, it’s still a purist’s Ducati superbike.

The same tech wizardry is there too with three levels of ABS, preset with each of the three riding modes (Race, Sport, and Wet); in Race mode, for example, the ABS only affects the front brake making it track-ready for those looking for a bit of weekend excitement under controlled conditions.