The heritage-rich city of Bendigo, an easy two-hour ride/drive from Melbourne CBD, is set to open a most impressive motorcycle-themed restaurant and nightspot.

Housed in the former Black Swan Hotel, right in the heart of Bendigo on Pall Mall, the ornate two-storey Victorian premises was built in 1873 at the height of the gold rush and has witnessed many of the city’s great events.

En route to Melbourne, I contrived to stop over in Bendigo and check out the progress and meet with Dugal James, the avid motorcycle collector who has purchased the premises and installed a couple dozen of his favourite machines along with memorabilia.

“My obsession with motorcycles began before I left home and went to university,” Dugal told me as we eyed the expansive display in the old hotel’s entranceway. He is now a highly accomplished surgeon living and working in Bendigo. “Indian motorcycles have been my primary focus, but as you can see, I’m quite partial to both Italian and German machines, particularly the rarer and more unusual examples.”
Dugal regales me with the stories behind every bike as we stroll among the displays adorning the walls and alcoves throughout the building, historic and significant Indians taking the pride of place like Floyd Emde’s 1948 Indian hillclimber. Emde was one of America’s hard chargers of the ‘30s and ‘40s competing in both the spectacular hillclimb events as well as TTs. Emde won the 1946 Pacific Coast TT Championship and later the 1948 Daytona 200.

And that’s just one story from the many hanging on every wall.

Obviously, the opening has been delayed several times with the ongoing COVID dramas, but Dugal assures me the Black Swan is all but ready to go and that certainly seems the case. 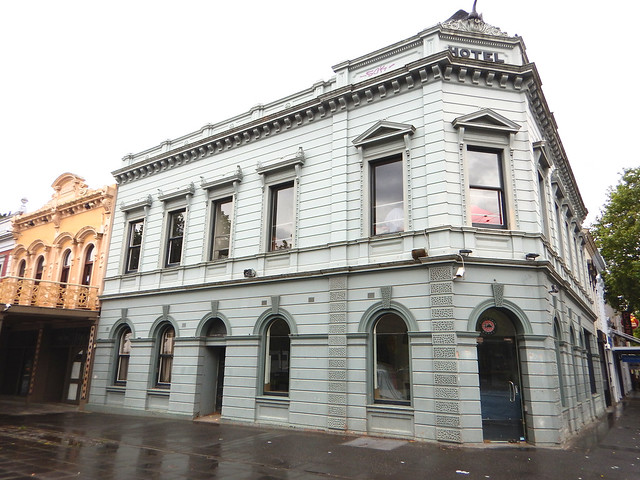 Email ThisBlogThis!Share to TwitterShare to FacebookShare to Pinterest
Labels: Indian