Which Supermodel do you want to take home?

We polled the luxury car industry experts to see which exoticars were firing imaginations.

James Dutton, Dutton Direct: “Mercedes-Benz have been marketing their new models very aggressively and they seem to be getting the attention they deserve. I think the new CLKs best represent the new look Mercedes-Benz. They’re a beautiful car, don’t you think?”

Nuts and Bolts: The whole CLK-Class was refreshed in 2005 with a front makeover and all new V6 engines and the evergreen coupes and cabriolets have contributed to recent record Mercedes-Benz sales results. The new range-topping CLK 63 AMG utilises the all new AMG 6.3-litre V8 engine and produces a startling 354 kW of power.

Bobby Zagame, Zagame Automotive Group: “The new Pininfarina-designed Maserati Quattroporte is what most people are asking to see when they walk through the door – or what they end up looking at regardless. Maserati and Pininfarina have recreated that essential Italian styling in a 4-door and people are certainly responding.”

Nuts and Bolts: Beneath the smooth, understated lines lurks an all alloy 4.2l Quad Cam V8 capable of 300kW. Maserati is one of the few Italian sporting marques to produce a four door saloon, a tradition that goes back to 1963. This, the fifth incarnation, and the first Pininfarina-designed Quattroporte completely refreshes this proud flagship. 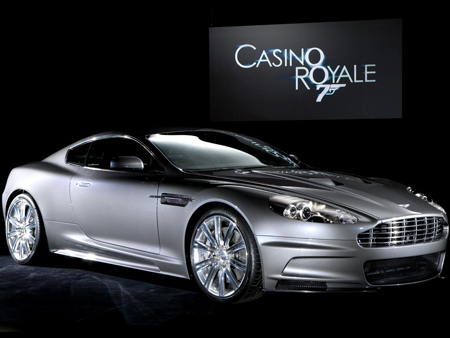 Keith McArdle, Trivett Classic: “The new James Bond movie had brought some very excited people into the showroom. Even though we may not be selling the 007 DBS until 2008, it hasn’t stopped us from accepting several deposits. In the meantime, the brand new V8 Vantage and current DB9 are satisfying those who want to own an Aston sooner.”

Nut and Bolts: Unless you saw the new V8 Vantage head-on, you’d do a double take. Unlike any other Aston Martin, the two-seater is pure sports coupe and unusually compact and lithe for this macho marque. The all alloy quad-cam 32-valve 4.3 litre V8 engine is no slouch and delivers 283 kW - good for 175 mph. 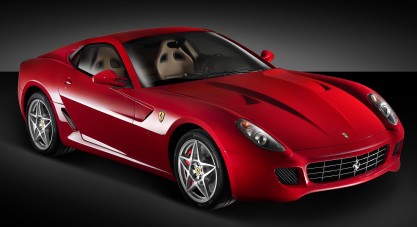 Tony Graziani, Italia Motori: “Of course, everybody knows Ferrari. As a brand, it speaks for itself and they almost sell themselves too. In terms of numbers, we’re selling the F430 in both Coupé and Spider equally, but it’s the new V12 599 GTB Fiorano that is getting all the attention at the moment. Just look at!”

Nuts and Bolts: Even by Ferrari standards, the new V12 599 GTB Fiorano is being described as the ultimate supercar. Despite the incredible 456kW on tap the 599 is apparently “docile and easy to drive”. With a top speed of 330km/h “docile” is the last word that comes to mind.

Erik Bellendir, Canterbury BMW: “Because the M6s are available by order only, we don’t have one in the showroom very often. But on the occasions we do, it’s quite an event. People are drawn to it like a magnet and always want to see the V10 under the aluminium bonnet. Unfortunately we have to decline the many requests for a test drive!”

Nuts and Bolts: The brawny Bavarian M6 BMWs are more than just a hot ticket. The F1 inspired 373kW V10 is selling faster than Lowenbrau at Oktoberfest, propelling the evocative two-doors into the BMW record books. Capable of a remarkable 8250rpm, the V10 has won international awards and will soon be seen in a convertible.

Jason Plato, Fifth Gear on Five; “Lexus's long-awaited hybrid GS is a PR officer's dream. "A"-list celebrities are queuing up to buy them, likely trading in a Prius to do so, in the hope that some of the Lexus's green respectability will rub off on them. Enough to offset the guilt of the private jet, anyway.”

John Simister, The Independent, UK; “With this new and technically remarkable Legend, Honda isn't even going to try to curry corporate-buyer favour. Instead, it gently ridicules the status-affirmation of the BMW 5-series-driving "corporate conformist" and seeks to engage the "respected individualist", who is more likely to own a business than merely execute in one.”

Nut and Bolts: An often underrated prestige car, the new Legend packs a 217kw SOHC V6 that is officially most powerful road-going Honda engine ever. Released last September, this new Legend comes in all-wheel-drive with every luxury feature standard. Bargain!

Angus MacKenzie, MotorTrend Magazine; “You see, the S8 is a selfish pleasure. Nail the gas and that direct-injection, 5.2-liter V-10 emits a deep, velvety growl and gives a satisfying shove between the shoulder blades.”

Nuts and Bolts: Fresh off the boat from Germany, the new S8 is the latest high end offering from this technologically obsessed Teutonic marque. Inside the aluminium body is a 5.2l 331kW Lamborghini-inspired Quad Cam V10 hooked up to the legendary quattro system.

Top Gear's US editor Jamie Kitman said: "This is not only the best Jaguar in 40 years, it is a real Jaguar - one knows it in seconds. Jaguar has thoroughly demonstrated with the XK that it is an utterly serious modern engineering entity with a priceless institutional memory of that which made Jaguars great."”

Nut and Bolts: Introduced in 2005, the XK has certainly put the pounce back in the pussy. In a show parochial solidarity, the top-rating BBC car program, Top Gear awarded the XK 'Car of the Year' and 'GT of the Year'. The naturally aspirated 4.2-litre V8 engine produces 224kW and develops maximum torque of 420Nm at 4100rpm. Be-have! 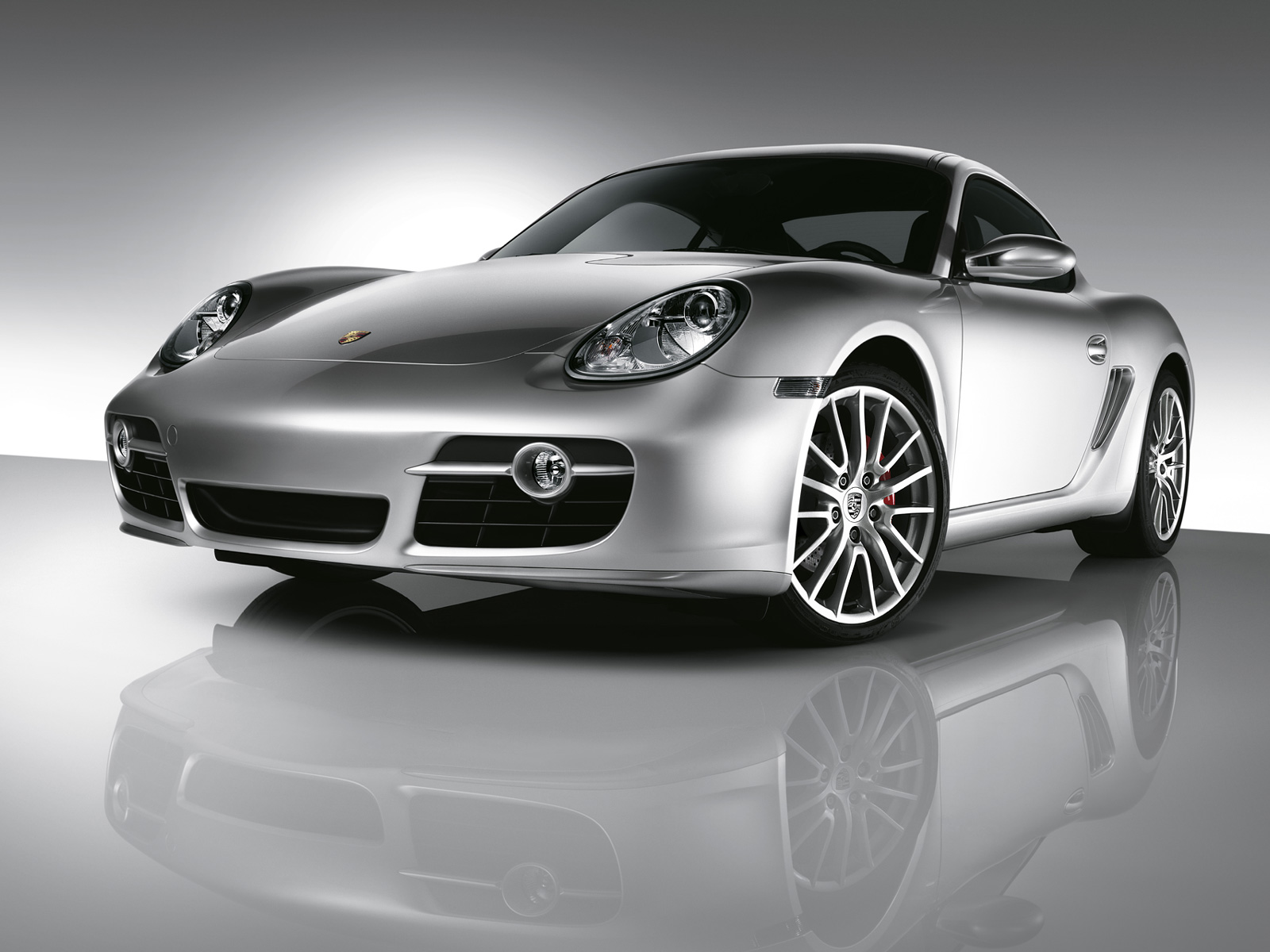 Walter Rohrl, Porsche test driver; “the mid-engined Cayman S is more nimble to change direction, delivers higher cornering speeds and is more forgiving at the limit of adhesion than the (rear-engined) 911. All the Cayman really needs is a limited-slip differential, then it would be perfect.”

Nuts and Bolts: The new Cayman is Porsche’s conundrum coupe. Is it a cheap 911 or an expensive Boxster? The critics are divided and Porsche maintain it is a whole new car, but one thing is certain, the Cayman S delivers 911 thrills at $50k less. The 3.4 litre boxer 6 might deliver a modest 217kW, but it’s all put to very good use. 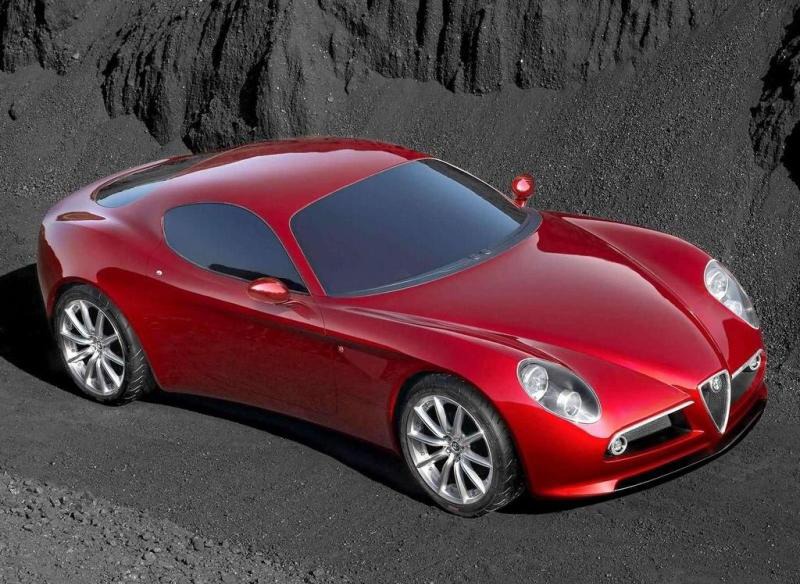 Nuts and Bolts: First glimpsed in 2003 as a concept at Frankfurt , the 8C is now reality, complete with its 4.7 litre 336kW V8. But 8C is not some arbitrary nomenclature; it harks back to the halcyon days of the 1930s and ‘40s when the Milan marque swept all before it in Formula One and Sports Car racing.