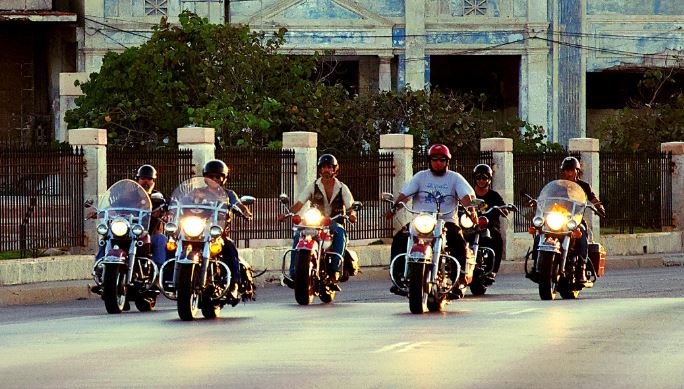 Not just a book about motorcycles
Cuba: Exotic. In transition. Thrilling.

Cuba from the perspective of a small, unique subculture. 50 portraits of people who have resisted the embargo for a long time and have kept their Harley-Davidson motorcycles neat and tidy.

In 1967, the Government ordered all Police Harleys be buried in a hole in a prison in Santiago de Cuba for ideological reasons. Then, in the 70s and 80s, spare parts were nowhere to be found, so Cuban Harlistas cannibalized parts from Russian cars and adapted them according to their needs – pistons from Ladas and valves from Kamas, while exhaust pipes were made from old transformers. 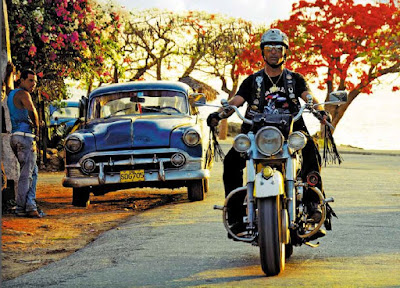 A Harley was only worth a tip, nobody wanted these big and expensive bikes. Especially not in the “Periodio Especial” following the fall of the Socialist bloc, when an economic crisis almost drove the country to its knees, famine ruled and gas was unaffordable.

Against all odds, “Harlistas” defended their ancient machines which served them so well. In time, the American bikes regained their public reputation as means of transportation as well as a status symbol. The owner exudes not only self confidence but also exclusivity, a fact not to be underestimated in the macho country that is Cuba.

TRAVEL TO CUBA AND RIDE
WITH THE HARLISTAS

These 50 portraits taken by Italian photographer Max Cucchi, were produced over a ten-year span and illustrate these beautiful motorcycles in archetypical Cuban settings. However, what these images also reveal are the owners in their private environment: In the living room, on the field, in the center of Havana, and of course, in their garages.

They tell us about their machines, but most of all about their country - about the problems, the difficulties which they have to face every day. You will get to know a lot about Cuba and about the people who live there, about their perseverance, their slyness, their passion and their tenacity.

Those who still want to get to know the “old” Cuba have come to the right place. Cuban Harleys, Mi Amor, is an entertaining history lesson. With this book and its beautiful images, readers are transported via the American Harley Davidson iron hogs, which page by page show the Cuban reality, (English, Spanish and German) which above all tell us one thing: What Cuba is really like.