Would you pay $3 million for a 45 year old Falcon?

Only two weeks after a $2.1M record was set for a Dual Bathurst Winning Commodore, a Ford Falcon GTHO Phase IV is set to give Holden a run for its money with up to $3M expected at auction this weekend. 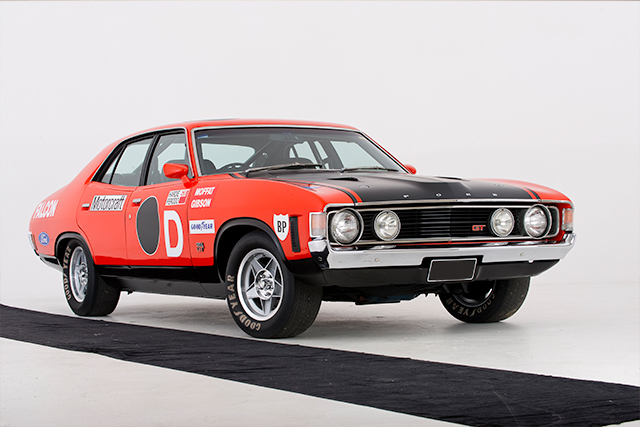 Current bidding of over $1.5 million on the extremely rare Ford Falcon has already surpassed recent records of $1,030,000 on a GTHO Phase III. Auctioneers and Ford muscle car experts anticipate that this car will fetch around $3 million, as it is one of only three left in the world.

“We are extremely humbled to have the opportunity of handling the transition of this car to its next custodian.” said Brett Mudie, Chief Marketing Officer at Lloyds Auctions.

“We have not seen a Phase IV and are very excited to auction it alongside what is undoubtedly Australia’s best Track Red GTHO Phase III. We have recently sold two Track Red Phase III’s for ‘seven figure amounts’ and this Phase III has been described by many Phase III experts as the best in Australia!” Mr. Mudie continued.

The Phase IV is expected to fetch $3M as it was the car that changed Australian Motor Sport forever. Phase III’s dominated the racetrack prior to the release of the Phase IV and left little opportunity for competitiveness amongst rival race teams. This XA GTHO is one of only four built before the ‘Super Car Scare’ which forced Ford to abandon its plans to continue the legend of GTHO Phase cars that dominated Australian motor racing.

Built in Ford’s Special Vehicles unit known as ‘Lot 6’ these cars were going to be driven by motorsport greats Allan Moffatt and Fred Gibson.

A Knight Frank Wealth Report Update revealing that certain classic cars have shown a higher return on investment than property and other asset classes over a one, five and ten year period proves that strong prices are being paid for the best cars by knowledgeable collectors.

“If you look at the number of records broken over the last six months in particular, you can definitely see a trend in demand for a secure yet enjoyable investment. Cars in original condition, with chrome bumpers, celebrity affiliation or prominent history seem to be the ones that are rising in value first,” said Mr. Mudie.

In March this year an A9X Torana SLR 5000 sold for $365,000 doubling the original record for this type of car. In June Australian cricketer Jeff Thomson’s old GTHO Phase III was the first of its kind to break $1 million in a public sale, then Peter Brock’s dual Bathurst winner more recently sold for $2.1 million. Now all eyes are on this Phase IV in anticipation of yet another record price.

The remarkable Phase IV and some of Australia’s finest Phase III’s will go up for auction at Lloyds Auctions on the Gold Coast at 7pm this Saturday. Bidders will be able to meet legendary drivers Allan Moffat and Fred Gibson at the event or bid online at lloydsauctions.com.au or via phone.
Posted by rodeime