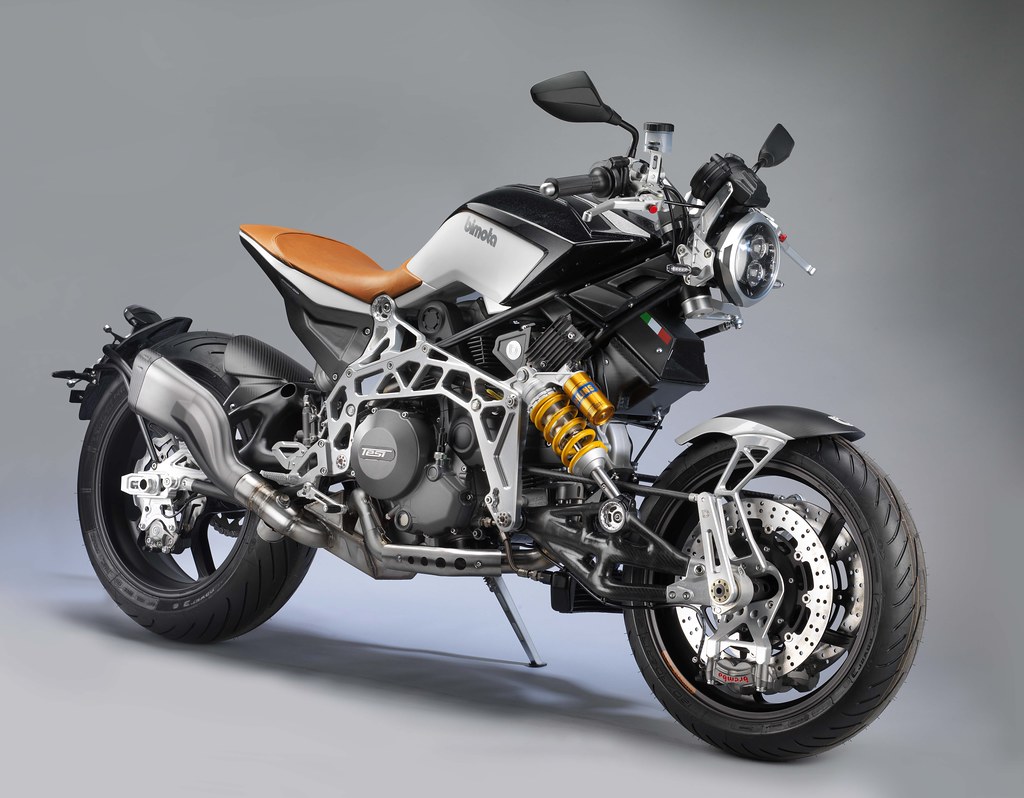 Such is the Bimota saga, which began with the brand’s formation in 1973 when, like a recital from the three tenors, Valerio Bianchi, Giuseppe Morri, and Massimo Tamburini came together to form a marque derived from the first two letters from each of their names: Bi-Mo-Ta.

Initially, the titanic trio worked on heavily customising the top bikes from leading Japanese makes and gradually moved to Ducati and BMW for the current crop of space-age machines.

But Bimota hit a major speed bump when their native-designed ‘V Due’ engine was recalled at the same time as they lost their Superbike sponsor, forcing the company into its first closure in 2003. Since then, the marque has been owned by prominent Scientologists, Marco Chiancianesi and Daniele Longoni who closed the factory in 2017 and moved all the components to Switzerland, or so it is said.

First presented at Milan’s EICMA in 2016, the Tesi 3D RaceCafé (pic above) employs Ducati’s air-cooled 803cc V-twin engine currently seen in the Ducati Scrambler and is limited to 150 units worldwide. The radical appearance is thanks to a distinctive Omega-type frame and its peculiar, hub-steering front suspension with mono-damper Öhlins. The whole package weighs a mere 162kg.

All that tribulation aside, a determined investor can still obtain a late model Tesi 3D on the collector market for around AU$50,000. New ones, although theoretically possible, are difficult to import, so be cautious.

When Bimota will play its grand finale, no one knows. But for now, at least, the value of these rare and desirable technical masterpieces remains solid. 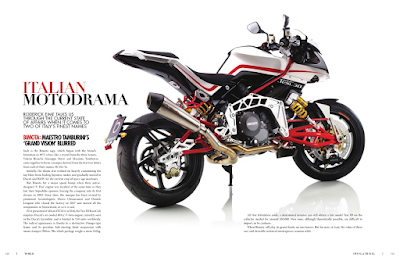 As published in WORLD Magazine - Autumn 2019

Email ThisBlogThis!Share to TwitterShare to FacebookShare to Pinterest
Labels: Bimota