Lake Perkolilli claypan racing is back 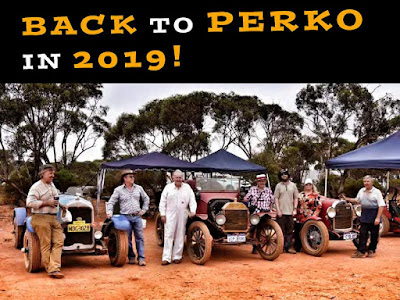 It’s called sacrilege! Desecration! A travesty! Covering precious antique race cars and bikes in sticky red dust and driving them at extraordinary speeds. The drivers of 100 pre-war race cars and motorcycles who will be heading to the isolated claypan of Lake Perkolilli near Kalgoorlie in September this year don’t care what the purists think.

Getting down and dirty with their vintage cars is their greatest reward for bringing the old bangers to life.  The ability to race on one of the world’s oldest motor race tracks is getting old cars restored and fired up again all over Australia.


12 to 15 September ON A CLAYPAN
NEAR KALGOORLIE, Western Australia

Lake Perkolilli is legendary amongst those who know about the outback origins of Australian motorsport.  The rock hard and billiard table smooth claypan was a Mecca for speed merchants who wanted to claim Australian speed records, and from 1914 through to 1939 many records were set by cars and motorcycles.

When around-the-houses motor racing came to Western Australia and the spectators did not need to trek the 600km to the Goldfields, Lake Perkolilli or “Perko” as it was called was forgotten and virtually abandoned.

The Lake Perkolilli Red Dust Revival from 12 to 16 September this year will resurrect the old natural track and re-live the glory days of motorsport.  The competitors will get their vehicles (which are all at least 80 years old) covered in thick red dust that seems to get ingrained into the paint so it never comes off.  The dust will seep into everything. “So what?” is their reaction! 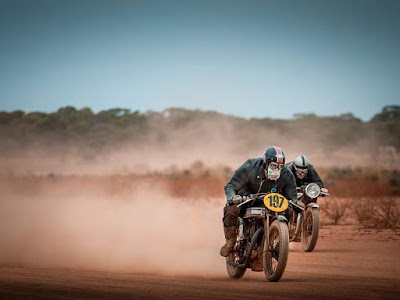 They’ll camp in the bush — just like the racers of the 1920s and 1930s who trekked from Perth to test out their cars and bikes on what was called the “Brooklands of the West”.

Britain has its Goodwood Revival on a converted airfield, the USA has The Race of Gentleman on a beach and now Australia has the Lake Perkolilli Red Dust Revival on a claypan in the outback.

The oldest cars at the Red Dust Revival will be Ford Model T speedsters.  The venerable Model T released to the world in 1909 was not known for speed but when the smart young mechanics of the era stripped them back and hotted-up the engines they were fast and loud.

There will be Chrysler racers from the 1920s, replicas of the cars which set Australian 24 Hour Speed Records back in 1926 and 1927.  Austin Sevens, the original “Baby” Austins will compete head-to-head with more expensive and sophisticated cars such as Bentleys and Lagondas.

One car is even being shipped from the United Kingdom to be a part of the revival of motorsport at Perkolilli.

About 40 classic motorcycles will also race on the claypan for the first time since 1939. The great marques of the past such as BSA, AJS and Triumph will be well represented as well as obscure brands such as Corah which have been forgotten in time.  The “flat tank” racers with their black racing leathers and big singles or V-twins will add to the spectacle.

Vintage aircraft will also fly up from Perth to the claypan just like the original era.

The Lake Perkolilli Red Dust Revival is run by a group of enthusiasts from the vintage motorcycle and sports car fraternity who just want to experience the thrill of claypan racing.  To administer the event they formed the Lake Perkolilli Motor Sports Club Inc.  Everyone who enters the event with a car or motorcycle automatically becomes a member of this very exclusive bunch of people who can say that they have competed on one of the world’s oldest race track with exactly the same surface as a century ago.

The event is free to attend as a spectator and thanks to the City of Kalgoorlie/Boulder there is camping adjacent to the claypan and the most basic facilities.  And that is how it should be!  Camping in the bush and enjoying the smoke, smell and clatter of old race cars and bikes as they kick up the dust.

For more information go to www.motoringpast.com.au