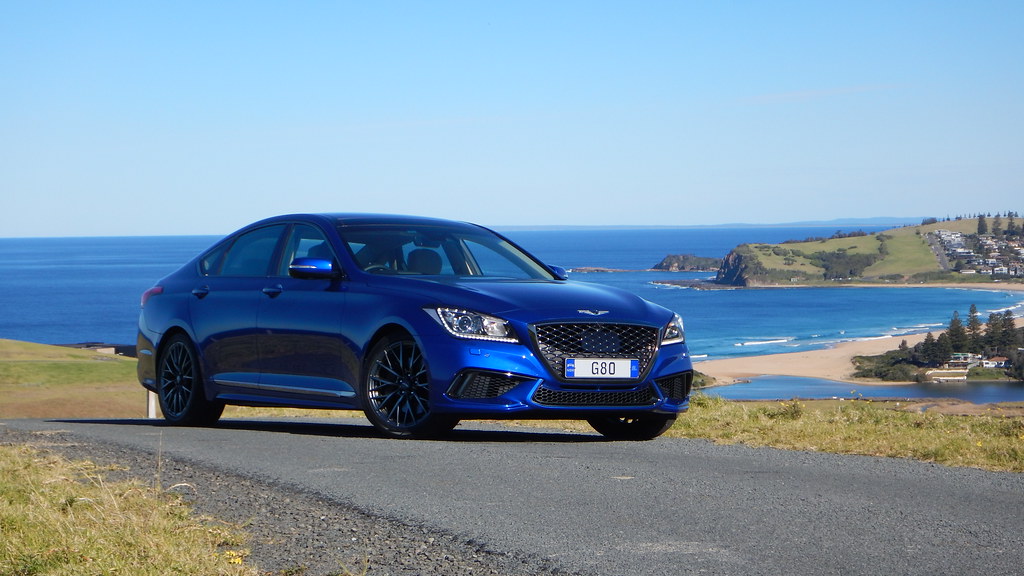 It’s the marketing strategy they teach at university. Create a breakaway brand with a new set of core values to capture a market unreachable with the current brand. The template for this is well established since Toyota’s launch of Lexus in 1989.

The premise being that while the parent brands enjoyed solid respect for reliability and value, they did not portray luxury and aspiration in sufficient quantity to challenge the big European brands such as BMW or Mercedes-Benz.

So perhaps today we can call Hyundai Korea’s Toyota? After all, it is now, the fifth largest car manufacturer in the world and has rapidly developed an international profile with modern, cosmopolitan styling and superior quality control thanks in the main through use of imported European talent such as stellar German designer Peter Schreyer and more recently, Belgian Luc Donckerwolke.

The Hyundai Motor Company Australia (HMCA) of 2019 is a whole other animal than when launched here in Australia in 1986. The dinky little Corolla-beating Excel took the country by storm, briefly outselling all other passenger cars, but Hyundai’s move into larger, more luxurious vehicles has taken somewhat longer despite winning prestigious awards and with quantum leaps in design, perception and build finish.

The name Genesis entered the Hyundai lexicon in 2008 with the premium passenger sedan, the Hyundai Genesis. But it wasn’t until 2015 that Genesis became a marque of its own, with the eponymous luxury sedan repackaged and uprated as the Genesis G80. Similarly, the larger Hyundai Equus became the G90, to rival the likes of BMW 7-series, but it seems doubtful the LHD-only model will find its way to Australia any time soon.

Until the opening of the stunning, split-level concept store in Sydney’s Pitt Street, all the news was devoted to ‘if’ and ‘when’ as launch dates were pushed back again and again. As it turned out, integrating the Genesis brand into the existing dealer network and still retaining its exclusivity proved a challenge. Hence, the disruptive factory-owned concept store approach was developed, turning our whole automotive retail culture on its head.

The ultra-modern Genesis Studio is located in the former Billabong store right in the beating heart of Sydney’s premium CBD retail precinct, rubbing shoulders with Bally, Tiffany & Co, Chopard and Mont Blanc. It is revolutionary in how the brand interfaces with customers. New studios are also planned for Melbourne and Brisbane.

“We’re leading - which is both interesting and difficult - because it’s nice to be a pioneer, but in many ways we’re paving the way,” said then Genesis Australia brand chief, Peter Evans, in a 2018 interview.

Instead of pushy, incentive-driven salespeople, customers will be met by polite, fashionable front line staff who do not have direct experience in the automotive retail sector, coming instead from roles with other luxury brands. Servicing is done remotely, with staff collecting your car and providing a loan car while the scheduled service is performed. Scheduled servicing, by the way, is included for five years, along with a class-leading five-year warranty with every new vehicle.

Genesis reflects the Korean ethos of being brave but strategic and you can be sure we’ll hear a lot more of this brand as new models arrive.

Email ThisBlogThis!Share to TwitterShare to FacebookShare to Pinterest
Labels: hyundai