It’s big news every time Harley-Davidson rolls out a new model and there was certainly plenty of anticipation surrounding the release of the Low Rider S Softail.

To quickly recap the evolution of this model, the Low Rider first appeared in 1977 as a factory experimental (FXS) derived from the 1974 FX Super Glide. It was something of a hybrid, using Sportster forks on a big V-Twin chassis and it was an instant hit.

Following the ‘factory custom’ theme championed by Willie G Davidson himself, the Low Rider progressed to the FXRS in the early ‘80s and then to the FXDL Dyna Low Rider when the then-new chassis was introduced.

You can see there is a lineage that needs to be respected with this bike, so when the name was revived for 2020 in the new Softail 'S' incarnation, there had to be some continuity in design. To this end, The Motor Company has been successful, neatly capturing the original ‘70s feel in the latest chassis.

Let’s remember too, that Low Rider has been here since the full Softail range arrived in early 2018, although only in 107ci. This one is the ‘S’ which denotes the big 114ci Milwaukee-Eight engine and cool, blacked-out paint schemes. The solo seat is standard and only two colour options are available: Vivid Black and Barracuda Silver.


“The look of the new Low Rider S is really rooted in the legacy of the Low Rider models of the 1980s, that has a devoted following which has spread worldwide from origins in Southern California, and in the recent Dyna-based Low Rider S model,” said Brad Richards, Harley-Davidson Vice President of Styling & Design, in the upbeat press release. “We’ve applied that coastal style and performance-first attitude to the Softail chassis to create a Low Rider S that’s more powerful and agile than ever, with a heavy dose of tough-as-nails attitude.”

Soon after the bike’s launch in October, I ventured out with Australian Road Rider editor, Nigel Paterson, to see what all the fuss was about. Over the course of an afternoon, we both rode a Barracuda Silver example up and down the twisty Great Northern Road in the hinterland behind the NSW Central Coast, a road very familiar to Sydney weekend riders.

With way more road miles than me on a wider variety of bikes, Nigel approaches all new releases with a healthy cynicism, but Low Rider S seems to have hit a spot with him.

“This has to be the best handling Harley I’ve ever ridden - and the most fun,” he says, and I believe him.

“It has more clearance and is very comfortable. The mid-set (foot) controls are a bit unusual at first, but you quickly get accustomed.” 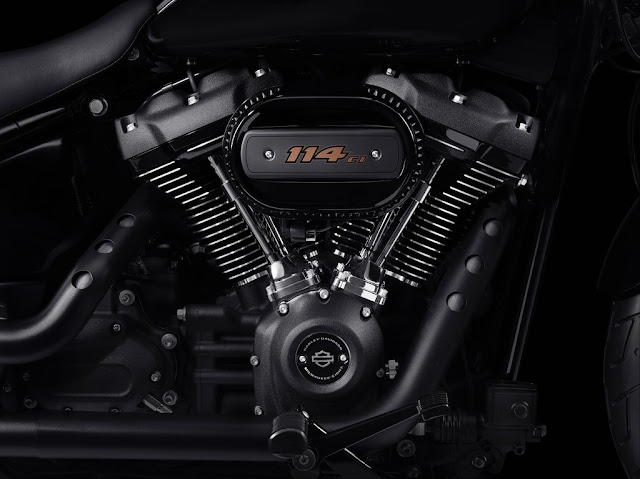 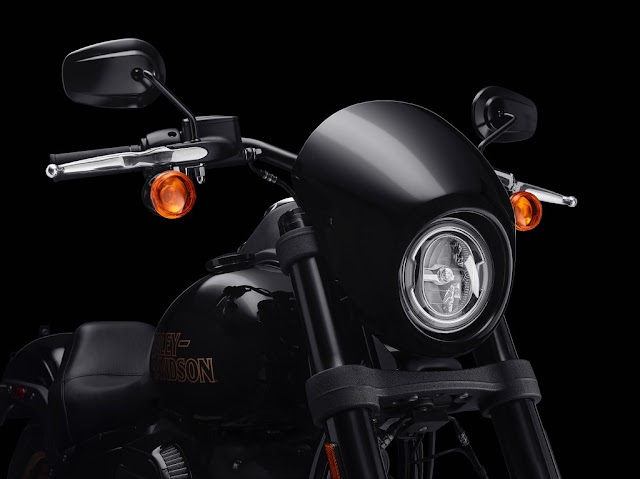 Nigel is 6-foot in the old scale and I’m shorter at 5’8”, so even though the seat height of 690mm is not particularly low for Harley Softails, it didn’t bother either of us one way or another. Compare 605mm for Softail Slim, 627mm for Breakout through to 755mm for the Street Rod.

The feature that took a bit of getting used to is the twin tank mounted analogue dials, which are an authentic throwback to the Dyna models. I might also ask my Harley-Heaven dealer to rotate the handlebar in its clamps toward me for slightly less stretch to the grips.

For the technically minded, you might appreciate that more ‘sport’ has been applied at the Low Rider S’s front end in the form of a second disc brake on the new 43mm Showa inverted fork. ABS is standard. And there’s greater agility thanks to the steeper rake angle by two degrees (to 28 degrees), which slightly reduces the wheelbase from 163cm to 161.5cm. For comparison, the old Dyna Low Rider used a lazy 32-degree rake on a 164cm wheelbase.

But, as they say in the classics, “the proof is in the pudding” so get yourself into your nearest Harley-Heaven dealer for a test ride.