See the largest collection of Holden vehicles anywhere in the world 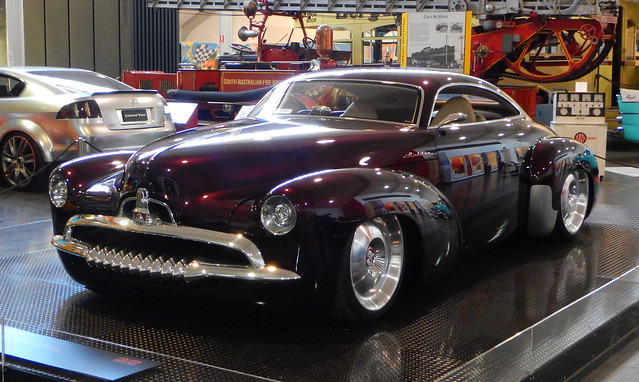 With last month’s news of Holden delivering zero vehicles in the month of January, it would seem the last nail has been driven home for the once iconic Aussie badge.

While those last remaining Holdens were being rolled out of dealers’ showrooms, the priceless collection of the factory’s most significant vehicles was being dispersed to motoring museums around the country.

From the very first Holden produced in 1948 to the very last Australian-made Holden, the VF Commodore SS Redline, the entire collection of 80 vehicles and 30 engines can now be seen at 12 museums and collections in every mainland state. (see full list)

The lion’s share (like the pun?) of the collection, 18 cars and two engines, has gone to the National Motor Museum in Birdwood, a short scenic drive east of Adelaide. These latest editions bolster the already substantial collection of Australian cars on permanent display at Birdwood.

“There has been considerable speculation with regards to what was going to happen to these iconic pieces of automotive heritage, and I’m pleased to reveal we are displaying our vehicle collection in Australia.  We have never thought about sending it overseas,” said Mark Ebolo, Managing Director for GM Australia and New Zealand in a release prior to the launch.

While the current arrangements are for a loan, It is hoped that this can be made permanent and an advisory committee has been convened to discuss the future of this valuable collection.

While visiting Birdwood this week, I was able to speak with Mick Bolognese, the senior curator of the museum who gave me a great deal of background to the display which he modestly refers to as the greatest collection of Holden vehicles anywhere in the world.

Pride of place is reserved for a genuinely priceless Holden and 2007 concept car of the year, the 480kW Efijy, well known to Holden fans everywhere and built to celebrate Holden’s 50th anniversary. Mick tells me offers in excess of $15million were turned down for this vehicle. Lord only knows what its value is these days. And he’s not telling.

GMH cognoscenti might argue that Torana concepts GT-X and Hurricane could exceed that value. Oh, what a delicious argument to have. And yes, you can see them all together in one space.

While you’re there, ogle the remaining 400 vehicles, including motorcycles, racing cars, movie stunt cars, buses and trucks. Play the free Sega games and relive many of the great tales from Australia’s motoring past.

Many of the vehicles have been donated or bequeathed. You might wonder why anyone would give away a very valuable vehicle. Well, I asked Mick that very question.

“There are actually very considerable tax breaks available for anyone donating to the museum,” said Mick, “so if anyone has an F1 car with an Adelaide history, or maybe an Elfin, we’d love to talk to you.”

For more information on the National Motor Museum visit motor.history.sa.gov.au