Rod entered motoring and motorsport media in 1985 at the Australian Formula One Grand Prix in Adelaide and subsequently covered every event in Adelaide either as a contract photographer/correspondent or as a freelancer.


He continued to cover F1 until 2001. In conjunction with others, he spear-headed a motorsport press agency servicing manufacturers, sponsors, event organisers and teams including Ford Motorsport, Audi, Volvo, BMW and The Dutton Grand Prix Rally.

In 1994, Rod launched one of Australia’s first motoring and motorsport websites, The Motor Web. The site was sold in 2002 and incorporated, along with others, into a larger automotive portal. 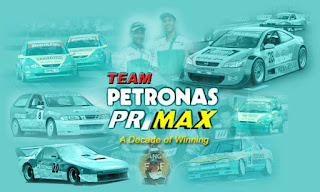 In 1999 he began a three-year contract with Malaysian-based Team Petronas Touring Cars, covering media activities for the team during their top-level championship activities in Asia, South Africa, the UK and Australia. He also briefly represented V8 Supercars Australia whilst travelling to South Africa and worked with Cape Town Tourism and Western Province Motor Club on a proposal to stage a street race in Cape Town. Unfavourable exchange rates at the time thwarted this project. At the completion of the contract, he returned to Australia, taking up a PR position with an Australian V8 Supercar Team for Bathurst and national championship events.

Interspersed with his intimate activities within motorsport, Rod was also able to produce motoring copy and pictorial for many of the major publishing outlets including Racing Car News, Motor Racing Australia, The Open Road, Unique Cars, Classic Cars Australia, Sports and Classic Cars, Australian Road and Track as well as the highly regarded UK publication, Autosport. Everything from race reports and photography to new car reviews, drive travel features and road tests were produced over a period of more than 15 years.


Now, in response to demand from his travel publishers, Rod is revisiting his time as a motoring journalist, filing lively new car and motorcycle reports for consumer media.

An archive of Rod’s work can be seen at: www.motorweb.ws