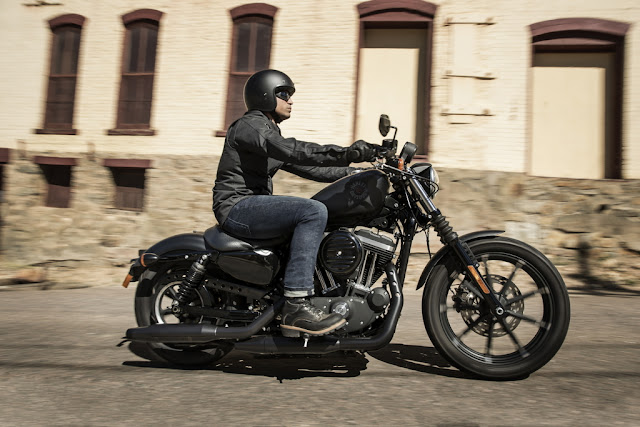 So said the famous US author, Harper Lee, in her modern classic novel, “To Kill a Mocking Bird”. But clearly, Miss Lee had never owned a Harley-Davidson, because if she had, she would know that you can actually choose a family.

The Harley-Davidson family is a welcoming and inclusive social group where all members can feel at home no matter their status or standing.

Entry to the family is as simple as owning and riding one of The Motor Company’s many iconic motorcycles regardless of age or model and one of the easiest entry points is with a Sportster.

The venerable Sportster is one of the longest-running, continuously produced motorcycles and can be traced back to the Model K from the early 1950s, a bike made famous by none other than Elvis Presley when he featured on the cover of the May 1956 issue of the Harley-Davidson publication, Enthusiast. 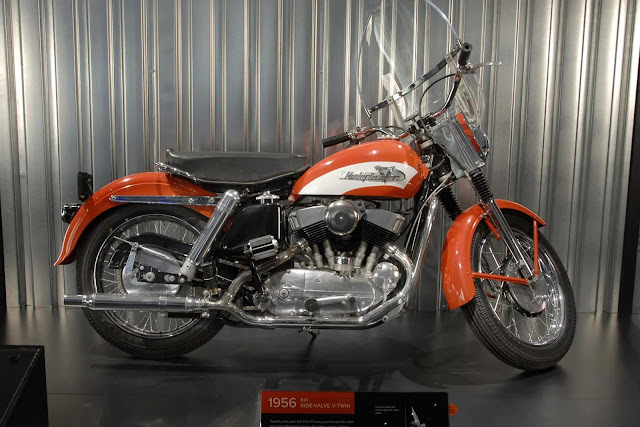 Today, the Sportster range begins with the stylish Iron 883, a bike that retains all the look and feel of a classic Harley-Davidson at a price point that won’t have you blowing the kids’ inheritance. And when you’re riding a Sportster, you know you are riding a Harley.

When I was a youngster scooting around on cranky kick-start singles, the scary blokes on the big Harleys seemed like they came from another world altogether. Many years later, when I rode my first Harley (a borrowed 1200 Sportster) I was pleasantly surprised to find the machine much easier and less daunting than the beast of my imagination.

The ample power was there on tap any time I asked for it and it handled confidently through the twisty curves and long sweepers. What was inescapable was the feeling I experienced just from riding that Harley. It was so far removed from the bikes of my youth that, despite a long riding sabbatical, I felt like I belonged on that bike and it was part of me.

What this tells you is that there is no reason to delay owning the bike of your dreams and it doesn't have to be the V-Twin monster you might have seen in ‘Sons of Anarchy’.


The beauty of the Sportster, besides the price, is that it is a real Harley-Davidson with a proper pedigree that is very approachable for new or returning riders. It’s also a genuine unisex bike with a seat height of just 760mm. I’m the average height for my age (mid-50s) and that height is just perfect. If you are under, say 170cm, then Sportster comes in chrome-laden SuperLow (706mm) for the same friendly price.

Features of the current bike Elvis wouldn’t have enjoyed include 5-speed transmission, blacked nine-spoke allow wheels to match the ‘night rider’ look, security lock and standard ABS if you need them.


Other things I have learned in my couple years of satisfying ownership, is that the 12.5-litre fuel tank is good for a full day’s ride of 200km or so and that it will ride perfectly fine without lots of optional trickery. That said, I did add a Stage 1 kit and slip-on pipes 12 months ago and, heck, they’re cool.

Even in standard trim, the Iron is a compact, chunky nugget of a bike that has everything you need and nothing you don’t.