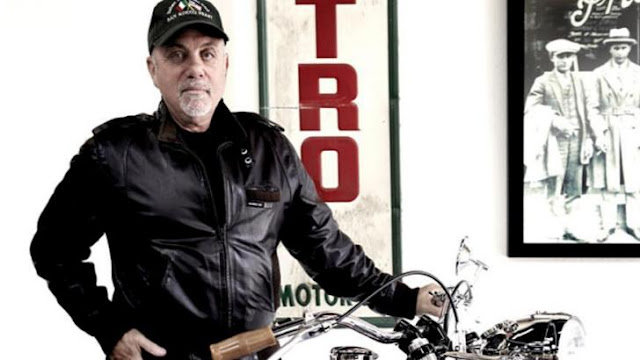 Everyone knows Billy Joel and his catchy tunes like “Piano Man” and “Uptown Girl”, but not everyone will know the best-selling singer-songwriter is a confirmed aficionado for classic motorcycles.


Tucked away in the sleepy Long Island, New York state village of Oyster Bay in a classic early 1900s storefront, is 20th Century Cycles. This otherwise unassuming white-washed building, across the road from the little town’s railway museum, houses a most considerable collection of motorcycles owned by the famous performer.

For a man who has made a fortune writing and performing some of the most memorable songs of the last century, he is just as comfortable discussing his passion for two-wheeled machines as he is his long list of hit songs.

Glancing over the museum floor, it is clear that the collection of around 70 bikes closely reflects Billy’s taste for motorcycles, assembled over more than 30 years. At a media event in his store, he is quoted as saying to the assembled media: “Choppers are dead. That movie .. Easy Rider .. that was the beginning of the end for the chopper.”


Joking or not, you won't find any of those highly customised, brutish machines in Billy’s collection. Instead, the now 70-year-old prefers so-called ‘bobbers’ and ‘cafe racers’ and the more refined, retro machines of the mid-20th century. Plus there are some cruisers like Harley-Davidsons and stock standard machines too.

Moto Guzzis are clearly a favourite, so are BMWs, Indians, Triumphs, Ducatis and lesser-knowns marques like Vincent and BSA. The ground-breaking Japanese machines from the likes of Yamaha and Honda from the ‘70s are also on show.

“We’re promoting an aesthetic here (in the museum/workshop). I like the style from the ‘30s to the ‘60s,” says Joel, “We’ve put the whole collection here so that people can see what that whole era of bikes looked like.”

20th Century Cycles occasionally produces custom bikes to order. One famous ‘customer’ is Billy’s long-time music pal, Bruce ‘The Boss’ Springsteen. The shop has made special, hand-built bikes for the fellow New Yorker including a Moto Guzzi and a Kawasaki, but most of the shop time is dedicated to maintaining the private collection.


The most valuable bike in the collection, Billy thinks, is his 1952 Vincent Rapide.

“It’s a beautiful British bike, very hard to find and very rare,” says Billy, “I don't even ride that bike. It just sits there like a coffee table!”

You’d be forgiven for thinking that riding motorcycles would be a hazardous pastime for a man who earns his very substantial living with his hands. In 1977, Billy bought his first bike, a Yamaha 400 Special but then in 1982 his career on the keyboard nearly ended. He struck a motorist who turned in front of him near his home on Long Island, landing him in hospital and totalling his new 1979 Harley-Davidson XLCR.

“The impact pulverized the bone in my left thumb and pulled my right wrist out of its socket,” said Billy, “I’m bleeding, my hands didn’t work, and a police officer asks me for my license. So, I told him to pull my wallet out of my pocket. He looks at my license, then yells to the woman, ‘Hey, lady, you just hit Billy Joel!’”

This now rare ‘cafe racer’ from the Milwaukee factory was not one of H-D’s highlights, but the 1000c V-Twin has nevertheless found affection with Billy and he located a replacement machine for his collection.

“For example, we’ve taken two new Harley-Davidsons and make them look like the famous ‘knucklehead’ machines from the ‘30s and ‘40s,” says Puls, “and that sort of symbolises exactly what we’re doing here.”

If you are visiting Long Island, you are invited to drop by 20th Century Cycles, grab a T-Shirt and see the always expanding collection for yourself. 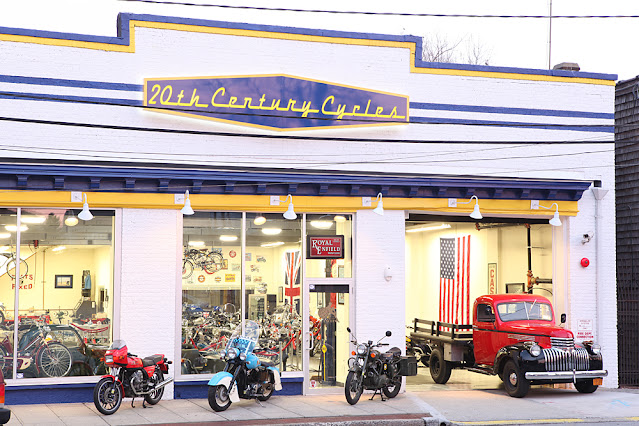