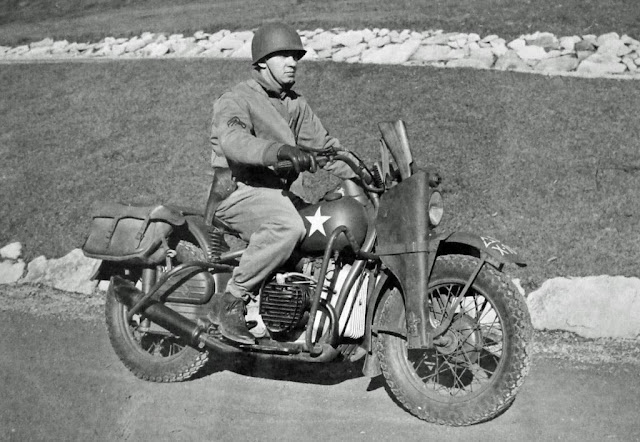 Those not intimate with the history of Harley-Davidson would be forgiven for thinking this very unusual Milwaukee machine was built on the other side of the Atlantic - and by those with whom America was then involved in a deadly conflict.

When the US first came face-to-face with battle-hardened Germans in the deserts of North Africa, they took a licking. Their soldiers were out-fought, their machinery outclassed and their generals out-witted.

One of the many things that caught the attention of US military planners was how the German equipment performed in the harsh environment of Tunisia and one of those machines was the horizontally-opposed twin-cylinder BMW motorcycle.

The US Army then requested an alternative to the larger, heavier V-Twin WLA, the motorcycle H-D supplied to the US military at the outset of the war.

During 1942-43, a near-copy of the more nimble BMW R71 was quickly built with the same format in 740cc including twin carburettors, the all-important shaft-drive, foot-operated four-speed gearchange and a hand-operated clutch.

Around 1000 were delivered but the US-version proved unreliable and expensive and plans for a run-on civilian version was shelved. By this time it was clear the 4WD Jeep was the most practical and versatile personal transport.


There are just a few in private hands and these come on the market only seldom. An original example was sold at auction in Melbourne in 2013, fetching just shy of $20,000. Restored examples sold in the US have reached double that figure.