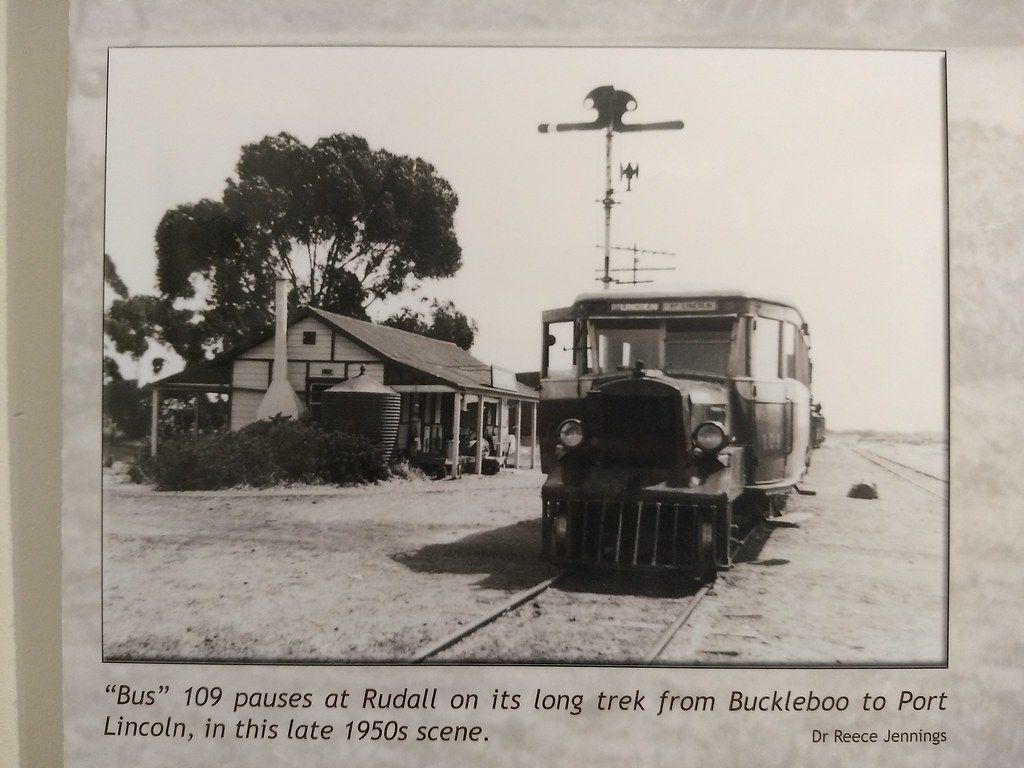 To speed up passenger services on Eyre Peninsula, a surplus SAR-owned Fageol road bus was converted in 1931 to run on narrow gauge rails and sent to Port Lincoln. Although a bit rough-riding, it was significantly faster than the previous Mixed trains and hence well received.

Three additional Fageol buses were then converted, and between them the four provided all passenger services on the Division. Lightweight trailers were built for the Fageols to accommodate the large volume of parcels also carried on the railcar services. 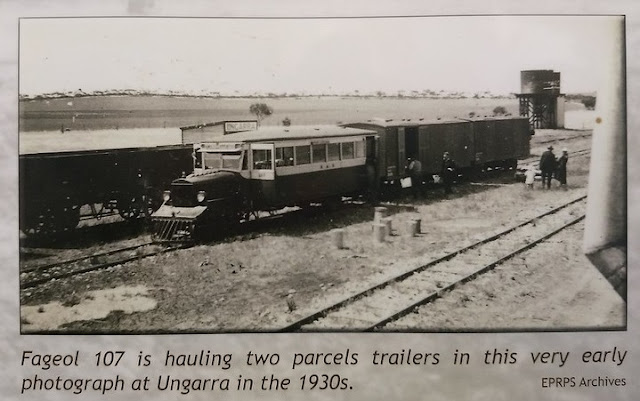 The conversion involved the replacement of the front wheels and axle with a small bogie and the fitting of flanged wheels to the single rear axle. A toilet compartment was also installed. The Fageols were well-known for their uncomfortable ride, a result of their conversion to rail with a single rear axle. Many passengers' anecdotes mention “square wheels”!

Because of their road bus origins, locals began referring to the railcars as buses, and the name stuck. Years later, people would still say they were going into town “to meet the bus”, even when the Fageols had been replaced by the larger Brill railcars. The last Fageol ran in 1961.