I'll never forget my first ride on a Harley.

It was the back end of the 1970s, when the summers seemed so much hotter and the roads so much more open. I was a callow youth then, still buzzing with the adrenalin - and the disbelief - that came from having landed a job as assistant road tester on a motorcycle magazine. I'd been 'broken in' on a succession of mind-numbingly quick Japanese superbikes until finally, I was ready to be trusted with my first 'hog' - a cherry red 1000cc Sportster. 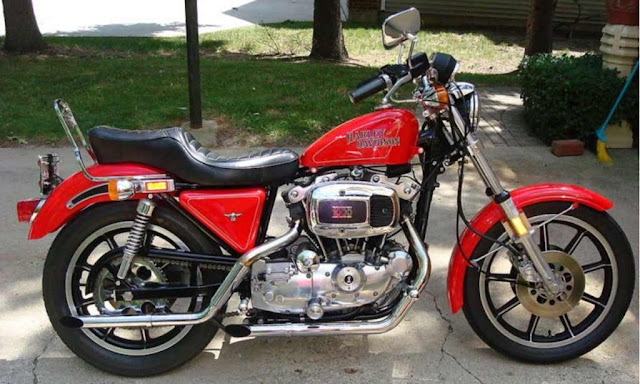 Nothing that I had sampled before could have prepared me for the otherworldliness of that Sportster. Crimson peanut tank set off by acres of chrome, crude V-twin motor leaping about (rather alarmingly, it seemed) inside an impossibly spindly frame, freeway forks plunging and heaving in protest at the English A-roads, rock-hard seat and suspension pummelling my spine... Right then, the Sportster seemed about as inaccurately named as any motorcycle could be. Agricultural, noisy, thirsty, uncomfortable - it was the ultimate in excess. And I loved it.

I loved it even when, less than two miles into what was supposed to be an uplifting ride down to the Sussex coast (shared by an at-first reluctant lady passenger), the clip holding the exhaust pipes together fell off. One piece of bent wire and several burned fingers later, the bike sounded disturbingly like an ailing World War II bomber, but at least we were rolling again. The lady was less than impressed, so I cut my losses and headed home. Just since the clutch lever was so unbelievably heavy that I had been in some serious doubt about the long-term health of my left wrist.

Before the Evolution motor came along in the early 1980s, it had never been an easy job defending Harleys against their many detractors. Things are different now, of course. Now H-Ds can stand comparison with a surprisingly wide cross-section of competitors. But in nearly 90 years of continuous manufacture, the world's most famous and charismatic motorcycle company has always had a devout following among motorcyclists who recognise (and can afford to pay for) that certain indefinable quality which sets the Milwaukee machines apart from the rest.

In my time on SuperBike magazine, I lost count of the number of times photographic sessions involving test Harley-Davidsons were interrupted by members of the public. Misty-eyed men seemed to appear from out of nowhere, each of them with an H-D anecdote to retell. No other test bikes ever aroused anywhere near the same level of awed curiosity as Harleys did.

I always listened to those fellows, on the basis that I'll end up the same way when I'm an old man ... and then I'll need someone to listen to my anecdotes.

Did I ever tell you about the time I was riding an '84 Low Rider across the Arizona desert, for example? Now, that was an adventure...