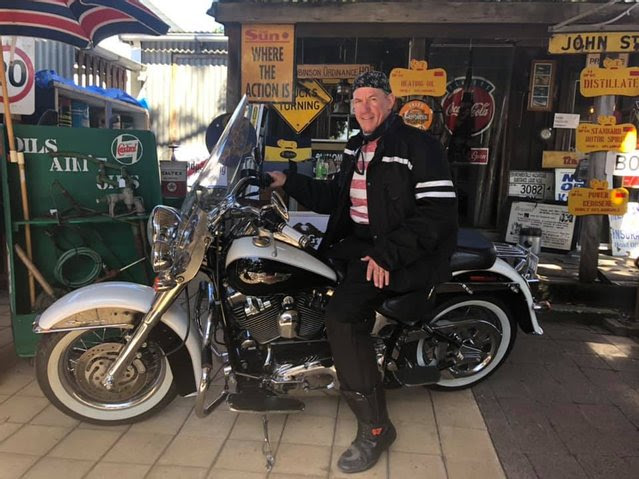 Of course, I've snuck admiring glances at the beautiful gleaming chrome and enjoyed the primal chug of their hammering pistons as they've passed me on the highway.

You see, a few things happened in quick succession:

Let's deal with each of these in turn before concluding how completely wrong I was and am.

My perception has always been that Harleys weren't made to go around corners. They were made to go in a straight line along Route 66 from San Francisco to New York. Even then their reliability was questionable, and bits fell off on the road behind them. This is based on the high-science of "My mate Mark told me, so it must be true."

Therefore the idea of an adventure bike, going cross-country, on dodgy backroads just seems completely the furthest thing away from what a Harley is to me (and perhaps even to its fanbase, which is the world's most loyal of all brands in terms of fervent repeat-purchase behaviour). Especially when they've been down that road before in the 1970s with a moto-cross bike which they were reportedly too nervous to have reviewed by major publications (it was way more expensive than competitors and performance specs questionable), and they soon got out of that booming market segment. So it's not their first adventure rodeo.

Then a couple of weeks ago I was at a Harley dealership in Sydney I was standing in the driveway of the workshop when my friend motioned me aside. Wondering why, I turned around to see one of their dealership team astride an Orange Fuse LiveWire. It was so quiet, I mean sewing machine quiet, that I had no idea he was there. What? A Harley that makes no noise? Ridiculous! Sound is a large part of why most motorcyclists enjoy their machines. Double or triple that for Harley, who tried to patent-protect their sound to stop Japanese manufacturers replicating it, such was its distinctive growl, and the value that represented on their balance sheet.

My buddy Rod is a writer and reviewer of bikes and cars (yes, such a cool job exists), and he was invited for a test ride. 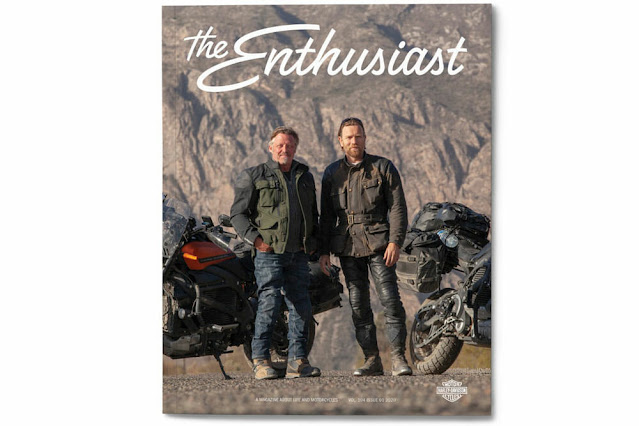 Then this week I see that Ewan McGregor and Charlie Boorman (that's them on the cover of the relaunched Harley-Davidson Magazine) are launching a new TV series Long Way Up, in which they motorcycle 13,000 miles from the southern tip of Argentina to Los Angeles on ... wait for it! ... Harley-Davidson electric LiveWire motorcycles.

What a genius marketing masterstroke. Having used BMW motorbikes in their previous series Long Way Round, the selling power of this cannot be underestimated. Millions of BMW adventure bikes were sold on the back of that multi-part series testimonial. Now, right on LiveWire launch date, you've got an Apple TV series showing you can make it through dramatic and diverse terrain, and all on a plug-in bike. Which will also have a positive spin-off for the Pan American model when that launches soon. 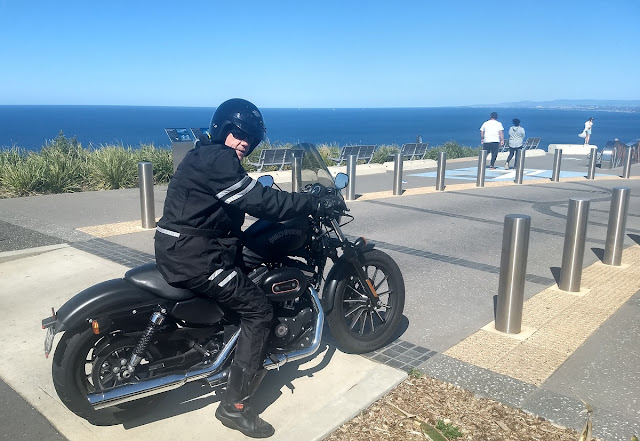 Being in "lockdown" in Sydney, and being away from my home and my own beloved motorcycle, Rod took pity on me and generously leant me his spare Harley Sportster for 3 months (I'm also looking for friends with spare yachts, sports cars and exotic holiday homes: PM me).

I damn well love it -- and I'm sure the neighbours in my mum's retirement home do too! What's interesting is that it shatters all the erroneous pre-conceptions I held dearly for 30 years about Harleys. It looks great, sounds great, goes great.

So while it's early days yet on these new Harley directions, they must be applauded for the brave new roads they are charting. 'ReWiring' they're calling their disruptive strategy. They need to move off their traditional base, otherwise, their hard-core customers will just grow greyer. And in getting an early start in the electric bike game, they will learn a lot and -- who knows -- perhaps 10 years from now all bikes will be mandated to be electric? And they'll have a whole new market of avid riders to take them into the future.

Yes, I've had my mind blown by all these radical developments. Mainly because it would be the last thing we expected Harley to do. But they had to be done, and they had the balls to do them.

So put on the kettle, get the team around (even virtually), and throw around these questions:

"What's the last thing our competitors would expect us to do?"

"What's the last thing our hardcore fans would expect us to do?"

Then start exploring ideas in those directions.

Meanwhile, it's a beautiful sunny day, I'll be hitting the highway on "my" Harley ...