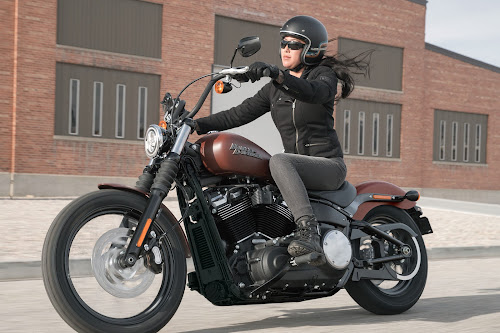 So what's all the fuss about Harley-Davidson's new Softail range? And what happened to Dyna?

Even though I’ve owned a Harley for nearly two years and rode my first one a year before that, I still consider myself a Harley novice. However, I have been making up for lost time, swotting up on the copious history of this venerable make and riding as many of the models as I can.

Now, with the release of the new 2018 models last month, tongues were definitely wagging at the news of the dropping of H-D’s Dyna models, merging them instead with Softails into a single line. So, what does that mean?

To investigate, I headed out to Harley-Heaven in Western Sydney to meet new dealer principal, Craig Smith. Smith has been with the brand for more than a decade, servicing dealerships around the country for H-D head office prior to his new role in the big seat in Blacktown, replacing the affable John Buchanan, now back home in New Zealand.


On a record hot September Saturday, dozens of diehard H.O.G. members and freelance riders are gathered for the semi-regular ‘shop ride’ at the smart new dealership where there’s comfy couches, a kick-butt coffee machine and lots of shiny chrome and matt eye candy.


Craig ushers me out to the rear where his demo bikes are parked and introduces me to a spanking new Street Bob, complete with the all-new four-valve-per-cylinder Milwaukee-Eight 107ci V-twin with dual counterbalancers. It’s the entry-level bike for the new Milwaukee-Eight range, stripped down and raw, ‘bobber’ style. The mini ‘ape’ bars are a bit unfamiliar to me initially, but they certainly work with the aesthetics.


“The old Dynas had the familiar twin rear shocks but now the suspension is a single coil and shock under the seat and the tubular frame is now 65 per cent stiffer than the old style Softail and has half as many component parts,” Craig tells me, “There are fewer welds and no more rubber engine mounts. Instead the engine is solid mounted, increasing frame stiffness.”

There is lots more technical stuff to ponder, but the proof as they say, is in the pudding, so let’s ride.

Close to fifty Harleys roar out onto Sunnyholt Road with me trying to look the part as the massive formation heads toward the Hawkesbury in a rowdy phalanx of Milwaukee muscle.


Even though I am circumspect to begin with, the easy-riding nature of the new Street Bob soon has me confidently sweeping through the tight bends and accelerating smoothly out of the apexes like I know what I’m doing. The feeling is deceptively light and nimble and I find I can actually lay the bike over a little without scraping the pegs. Vibration is minimal and the power comes on smoothly right through the rev range.


As with any radical change, there will be those who resist. Will Dyna make a comeback down the line? I doubt it. Harley-Davidson is knuckling down with a renewed R&D force that has promised 100 new models in the next 10 years which means there will inevitably be some ‘out with the old’.

Whether you’re an old hand or a dreamer, nothing should stop you getting into your nearest Harley-Davidson dealership to make up your own mind.