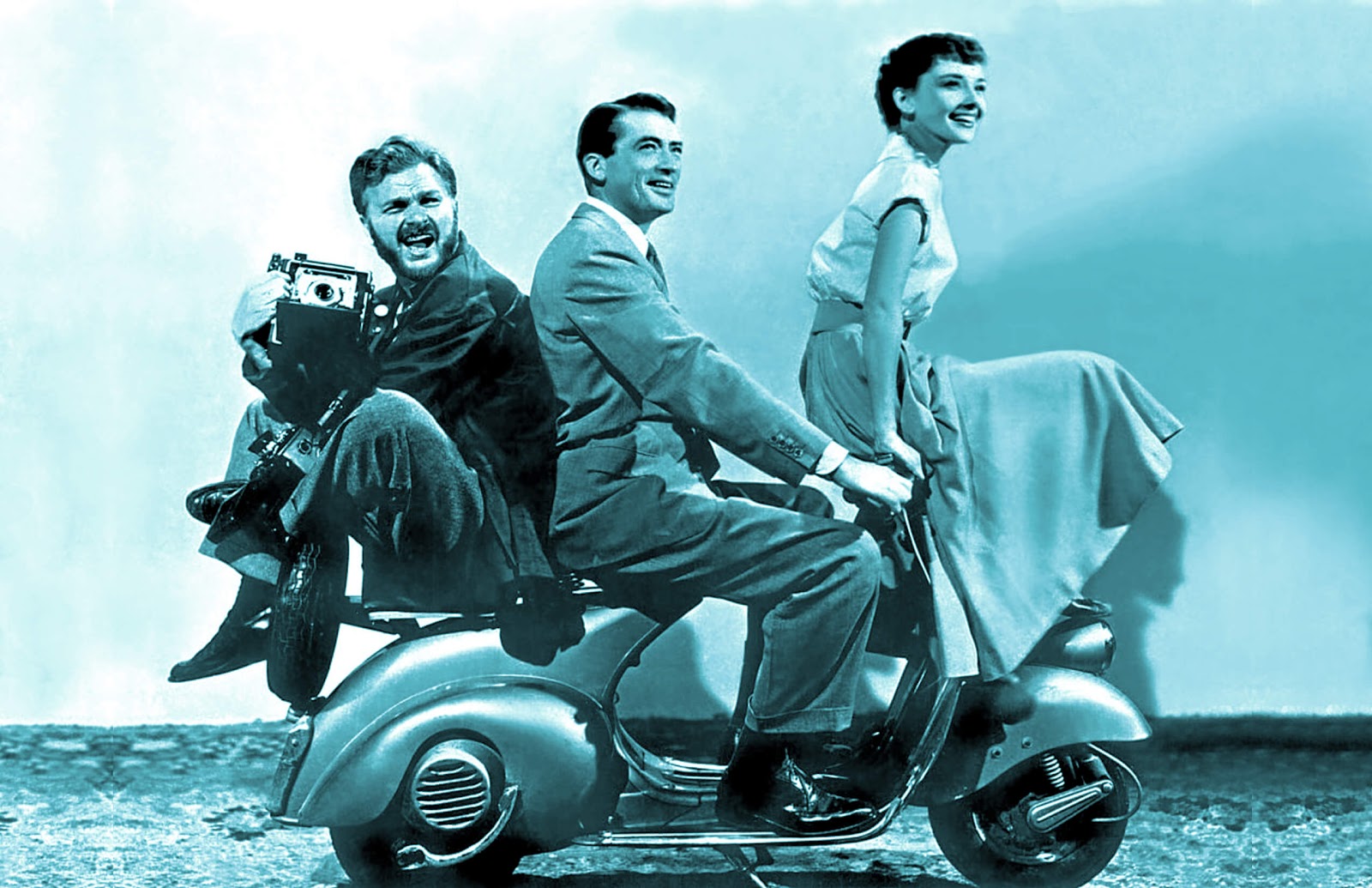 Celebrating more than 70 years in continuous production, Italy’ iconic Vespa still cuts a stylish line through the world’s back alleys and side streets.

When Audrey Hepburn’s character, Princess Anya, wobbled and swerved her way around the busy piazzas in the 1953 classic romantic comedy, Roman Holiday, little did she know what a cultural icon she was about to create both for herself and the machine.

Aficionados will recall it was the princess who hijacked Gregory Peck’s Vespa scooter for a jolly excursion among the throngs of tiny Fiat Topolinos, terrorising pedestrians in the strade of Rome and creating one of the most memorable movie scenes of the era. Now cinema buffs and scooter fans alike take tours of the same streets aboard the classic Italian scooter made famous by Princess Smitty and her bumbling beau, Joe Bradley.

In fact, that very same scooter, an original, hand-crafted 1946 model 98 - and reputedly the oldest Vespa in existence - was sold at auction in 2017 for more than $250,000, proving the unremitting affection for this iconic vehicle.

The Italian scooter was a product of the giant Piaggio company which made military aircraft during the war and suddenly found their postwar cupboard bare. Like so many defeated industrial giants, they turned to personal transport and the result was the Vespa (Wasp). By 1962, the little two-wheeler had featured in more than 60 movies and by 1970 Piaggio had sold more than four million Vespas worldwide, much of it thanks to its fleeting Hollywood role. 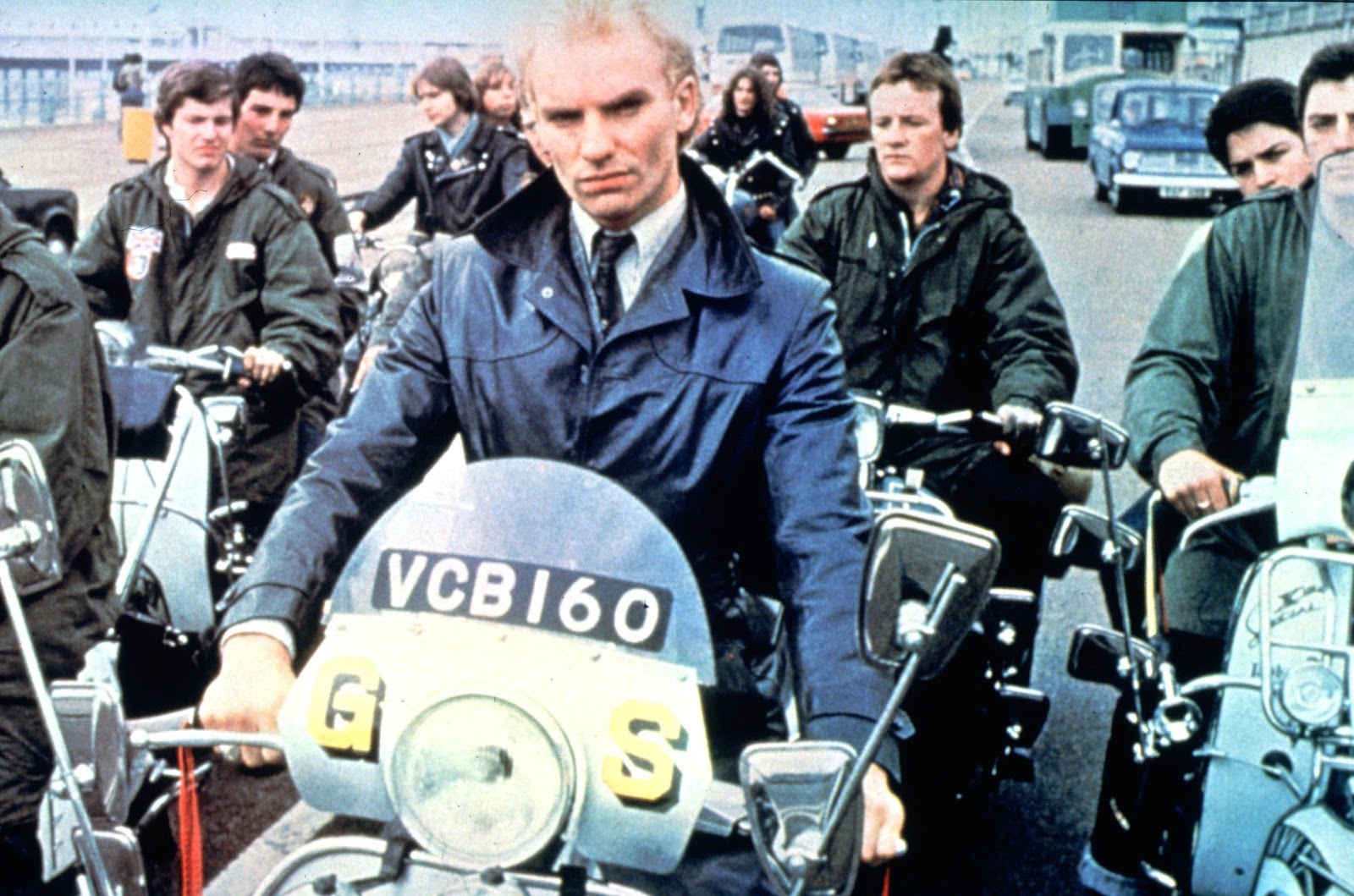 Scooters re-emerged in a starring role again in the 1979 movie, Quadrophenia, based loosely on The Who’s 1973 rock opera. The most memorable image of that movie is rock hero Sting, who played ‘Ace Face’ and rode a highly modified Vespa in that signature ‘60s style. Movie trivia nerds will know that the machines were made to look like 1960s-era Rally GS 160 models from later, ‘70s models by Sterling Scooters of Middlesex. And yes, those outlandish machines are still in the hands of collectors somewhere.

The original step-through design was in deference to the ladies of Italy so they could ride and mount the machine with dignity, while the forward ‘shield’ would allow them to travel with a minimum of splatter from the muddy, war-torn roads.

The legacy of that original, oh-so-practical design is evident throughout the current crop of Vespa scooters, an unbroken lineage of more than 70 years despite the brand’s occasional deviation into such bizarre derivatives as an anti-tank Vespa, a racing Vespa, a land speed record Vespa, a Vespa gyrocopter, a Salvador Dali Vespa and even a Vespa microcar, the 400 of 1957.

The attraction and convenience of the scooter and step-thru motorcycle is evident all around the world, especially in Asia where the venerable Vespa has been produced under licence as far afield as India, Indonesia and Taiwan. Numerous lookalike models are also produced, especially in China, attesting to the global appeal of this ubiquitous form of transport. Dozens of scooter brands now occupy the market, but none with the vintage appeal of Vespa.

Today’s Vespa lineup ranges from the tiny 50cc Primavera to the comparative excess of the liquid-cooled, fuel-injected, 4-valve GTS 300 Super complete with front and rear ABS disc brakes, traction control and capable of an ear-whistling 130 km/h. 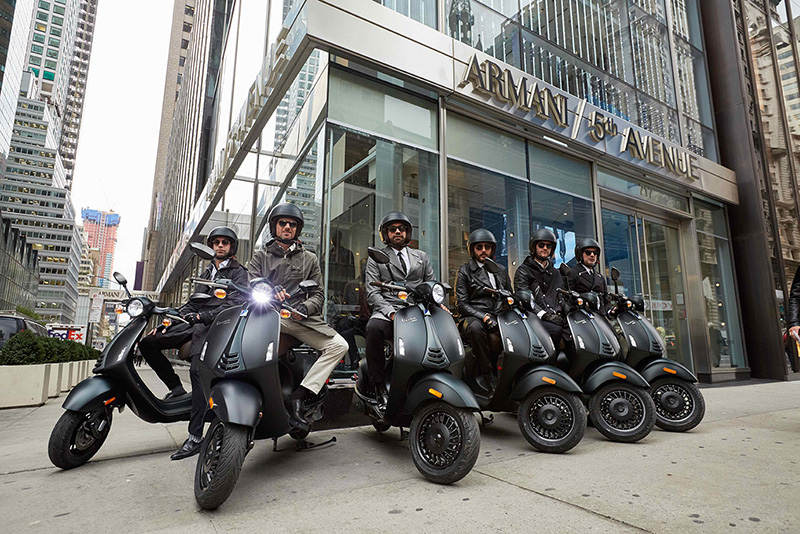 But for true connoisseurs of the Vespa brand, it would be hard to go past the magnificent 946 Bellissima. If Miss Hepburn were alive today, this would be her scooter.

This ultra-limited edition comes Down Under but once a year and is frequently presold. Billed as “a fine work of industrial art sculptured by 21st-century technology”, these hand-built divas are then released exclusively as a fashion collection featuring two shades of paint in a customised styling package that is never repeated. In 2015 for example, it was the Anniversary 946 Emporio Armani, while in 2017 it was the Vespa 946 Red, with proceeds from sales going towards initiatives fighting AIDS, tuberculosis and malaria.

A true collectable from the get-go.

Of course, there is a wide range of fashionable accessories to complement the 946 including a mountable leather bag, handgrip muffs, matching open face helmet, multimedia support unit for the connected rider and a little flyscreen to keep those pesky bugs out of your face.

The technical details are significant, in so much as they had never been seen before on Vespa models and include full LED lighting, LCD dash, horizontally mounted suspension, ABS and Traction control. There’s a nod to the environment too with the 946 powered by the 155cc 3-valve engine and fuel injected to maximise economy and reduce emissions.

For the tree huggers out there, Vespa also has a fully electric scooter, the Elettrica, powered by a 4kW motor and lithium batteries, but no word yet about either price or whether it will be available in Australia or New Zealand.

The 946 retails exclusively through the Vespa dealer network at a RRP of A$12,990

Email ThisBlogThis!Share to TwitterShare to FacebookShare to Pinterest
Labels: vespa