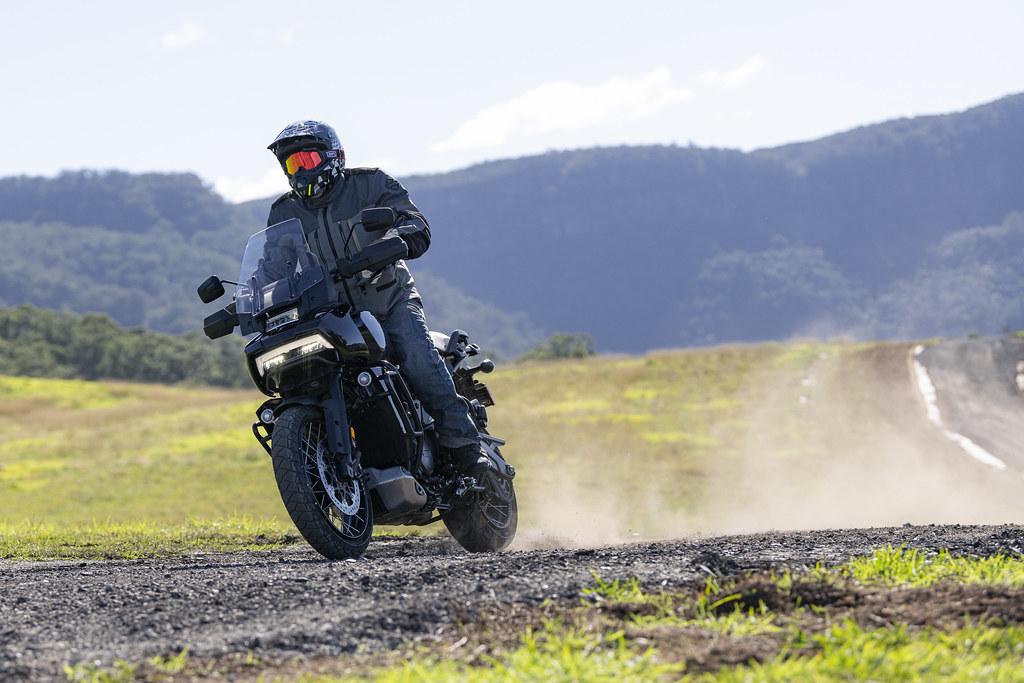 Milwaukee’s all-new Pan America adventure bike certainly has people talking. Everyone has an opinion about this so-called ‘departure’ for The Motor Company. But is it?

When the Davidson boys and Mr Harley embarked on their momentous motorcycle journey nearly 120 years ago, America was a vastly different place. Motorcycles became a popular form of personal transport because they were convenient, affordable and able to deal with the roads (I use the term loosely) of early 20th century America. Just.s

In fact, the roads were so bad - or non-existent -  that the first adventure bikers often resorted to riding along railway tracks to make any sort of progress. And what is often forgotten is that many of these early two-wheeled wayfarers were women. Effie Hotchkiss rode her brand new H-D 1915 Model 11-F all the way from New York to San Francisco - and back - with her mother in a sidecar. Hungarians blokes, Zoltan Sulkowsky and Gyula Bartha, rode a Harley-Davidson sidecar outfit from 1928 to 1936 visiting 68 countries travelling a total of 170,000km. So, the suggestion that H-Ds have never ventured seriously off-road is a moot point.

It is fair to say that in recent years, Harley-Davidson motorcycles are best known as comfortable highway cruisers. Big, thumping V-Twins that eat up the bitumen like 100ci Pacmen with serious modern adventure bikes being the domain of BMW, KTM and the like.

In many ways, the Pan America is H-D coming full-circle to meet the big guns of adventure head-on. Its 1250cc, water-cooled, 8-valve, DOHC engine mated with a suite of rider aids in a clean-sheet chassis means business. Big business.

Space does not permit me to give one of those full and intimate reviews, but suffice to say that the PanAm is well-equipped to meet the challenge the European and Japanese challengers with comparable features such as ABS, traction control, cruise control, Bluetooth connectivity and as a 175cm bloke, a feature that impressed me was adaptive ride height which will lower the chassis on stopping, allowing you to come to a flat-foot stop.

One comparison that is telling for all modern adventure bikes is the power and weight combo. Twenty-odd years ago most emerging adventure bikes were around the 200kg mark fully fueled with outputs seldom more than 75kw (100hp). Nowadays, the big guns are around 250kg with grunt north of 90kW. For example, the benchmark BMW MY21 R 1250 GS Adventure is a whopping 268kg wet and kicked along by a DOHC 8-valve 100kW horizontal twin. A real Schwarzenegger of a machine.

The PanAm is no flyweight either, despite many weight-saving features. The fully kitted unit still is a shade over 250kg but manages a claimed 112kW from the all-new Revolution 60-degree, liquid-cooled V-twin. No wonder brawny Jason Momoa is the new bike’s frontman.

Some of the comments from bike reviewers with more experience than this writer are telling:

“Harley designed and built an exciting, capable and innovative adventure bike in its first attempt. ” - Rider Magazine (US)

“... a sport-touring motorcycle and a technological powerhouse that could undoubtedly send them to the top of the segment.” - ADVMoto Magazine (USA)

“Civilised. This is a 150hp V-Twin with perfect manners.” - Heavy Duty Magazine (AUS)

“... the new Harley is an extremely good all-round adventure motorcycle, probably better suited to how actual adventure bike fans ride their bikes than some of the established names.” - Visor Down (UK)

Now arriving at Harley-Davidson dealers as I write, the PanAm is available in Australia only in the full-spec ‘Special’ configuration at $31,995 ride away. A full luggage pack and dedicated riding gear range for both men and women is also released.

In short, if you are ready to spend $30k on an adventure bike, the Pan America should be on your very short list of contenders.